Hall of Presidents Closes For Refurb, President Biden to Be Added - Inside the Magic 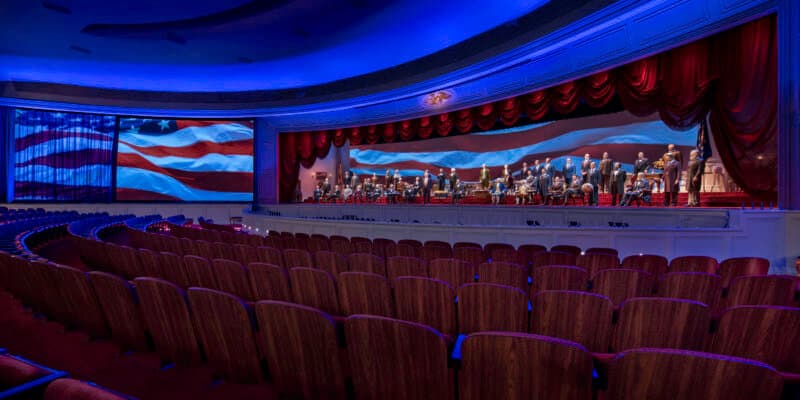 The Hall of Presidents is now closed for refurbishment at Walt Disney World Resort.

After Magic Kingdom closed for the evening on January 19, 2021 — the final day of Donald Trump‘s presidency — the Hall of Presidents closed, as well. Now, just past midnight on January 20, the anticipated refurbishment has become official.

The Walt Disney World Resort official website and the My Disney Experience app (the official Disney World app) both reflect the current operating status of the attraction, located in Magic Kingdom’s Liberty Square.

“The Hall of Presidents is currently closed for refurbishment,” the Disney World website reads.

As you can see in Orlando reporter Ashley Carter’s Tweet below, a sign is currently outside of the Hall of Presidents attraction that reads they are currently preparing it to “welcome the new president.”

Disney World's Hall of Presidents attraction is now closed for refurbishment at Magic Kingdom. The attraction is being "prepared to welcome the new president." pic.twitter.com/aIyDjatNie

At the time of this article’s publication, the Disney World refurbishment calendar does not list when the Hall of Presidents will reopen.

For more information on this Liberty Square attraction at Magic Kingdom Park, read the official description below:

The Presidents Will See You Now
Watch the curtain rise to reveal startlingly realistic Audio-Animatronics replicas of every President of the United States—together for the very first time. Hear speeches delivered by George Washington and the newest addition to the Hall, 45th President Donald J. Trump.

Do you enjoy the Hall of Presidents at Walt Disney World? When was the last time you experienced this attraction? Let us know in the comments.

This article has been updated to reflect the most recent information.