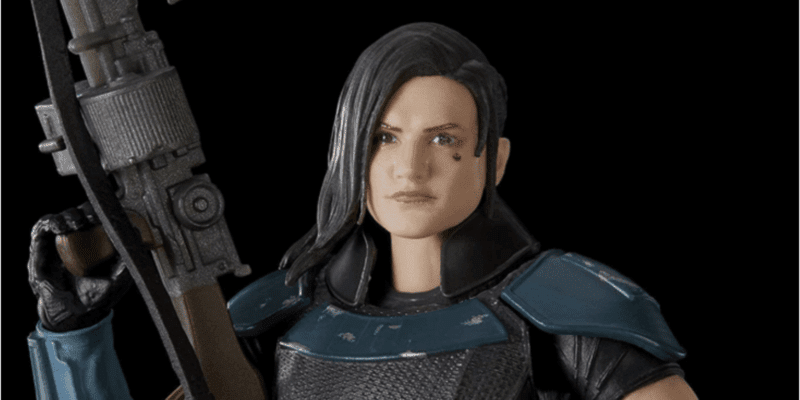 If you haven’t heard about Gina Carano being fired from Star Wars by now, you probably haven’t been on the internet this week. The Mandalorian actress was let go by Lucasfilm following months of social media controversy. Now, the trickle-down effect of her firing has reached toy manufacturer, Hasbro.

The company holds the master toy license for both Marvel and Star Wars. Their line of Star Wars The Black Series figures are particularly popular.

A run of Gina Carano’s Cara Dune figure was available for pre-order prior to the news of her firing. Now, Hasbro has made the decision to cancel all pre-orders and immediately halt production of the Star Wars action figure.

Twitter user KC Walsh shared a screenshot of an email from the BigBadToyStore that read:

Thank you for Pre-ordering from BigBadToyStore!

We have been informed by Hasbro that they have canceled production of the Star Wars: The Black Series 6″ Cara Dune (The Mandalorian) and will not be fulfilling our order. Unfortunately this means we must cancel our pre-orders for this item. We apologize for the inconvenience and greatly appreciate your understanding.

If you have any questions regarding this notice, please contact Customer Service for further assistance.

Hasbro recently spoke out about how Star Wars toys sales – and The Mandalorian toy sales, in particular – had helped them survive the pandemic . Their Star Wars saga lightsaber line, including the Darksaber, has also been popular throughout the COVID-19 outbreak.

Furthermore, Carano still has a large number of supporters and her character still appears in both the first season and the second season of The Mandalorian, it is interesting that the decision was made to halt production of The Black Series figure.

There has been no official word from Hasbro regarding whether or not the character may be added to the merchandise collection in the future, but for now, it would appear that is not going to happen.

Amazon lists the Cara Dune toy as “Currently Unavailable,” but still features the following description of the Star Wars figure:

What are your thoughts? Should the Cara Dune Black Series action figure have been canceled? Do you collect Star Wars figures from The Black Series or the Vintage Collection?