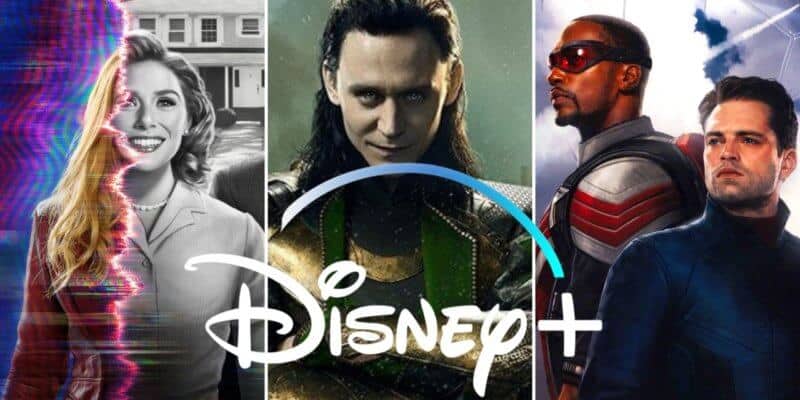 Disney+ has a wide variety of content, perfect for all ages. Whether you are a fan of classic Disney animation, a Star Wars fan, or an MCU fan, Disney’s streaming service has something for you.

But in 2021, Disney+ is taking its content to a whole new level — including the debut of several different Marvel series. With so much content coming to the streaming service this year, we decided to put together a list of everything you can except.

WandaVision will debut on January 15, 2021. The official description reads:

Marvel Studios’ “WandaVision” blends the style of classic sitcoms with the Marvel Cinematic Universe in which Wanda Maximoff (Elizabeth Olsen) and Vision (Paul Bettany)—two super-powered beings living their ideal suburban lives—begin to suspect that everything is not as it seems. The new series is directed by Matt Shakman; Jac Schaeffer is head writer

The Falcon and The Winter Soldier will debut on March 19, 2021. The official description reads:

Following the events of “Avengers: Endgame,” Sam Wilson/Falcon (Anthony Mackie) and Bucky Barnes/Winter Soldier (Sebastian Stan) team up in a global adventure that tests their abilities—and their patience—in Marvel Studios’ “The Falcon and The Winter Soldier.” The all-new series is directed by Kari Skogland; Malcolm Spellman is the head writer. Coming March 19, 2021.

Loki will debut in May 2021. The official description reads:

In Marvel Studios’ “Loki,” the mercurial villain Loki (Tom Hiddleston) resumes his role as the God of Mischief in a new series that takes place after the events of “Avengers: Endgame.” Kate Herron directs and Michael Waldron is head writer. Coming 2021.

What If…? will debut in Summer 2021. The official description reads:

Ms. Marvel will debut in late 2021. The official description reads:

Ms. Marvel, launching on Disney+ in late 2021, is a new series that introduces Kamala Khan—a 16-year-old Pakistani-American growing up in Jersey City. A great student, an avid gamer and a voracious fan-fiction scribe, she has a special affinity for superheroes, particularly Captain Marvel. But Kamala struggles to fit in at home and at school—that is, until she gets super powers like the heroes she’s always looked up to. Life is easier with super powers, right?

Hawkeye will debut in late 2021. The official description reads:

Marvel Studios: Legends serves as an exciting refresher for the various heroes and villains making their way to the highly anticipated streaming shows premiering on Disney+, setting the stage for the upcoming adventures. The first two episodes will feature Wanda Maximoff and Vision.

Which of these titles are you looking forward to most in 2021? Let us know in the comments below.