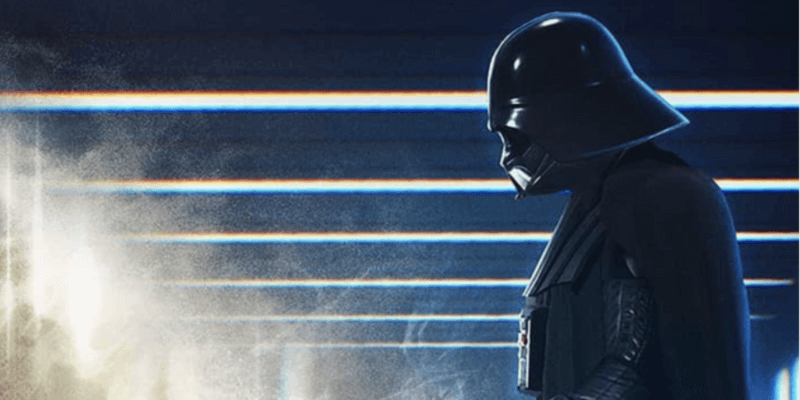 Darth Vader — the Sith Lord, formerly known as Anakin Skywalker — and Din Djarin — the bounty hunter currently known as Grogu’s father — couldn’t be further from one another in regard to their “children.”

Whereas Djarin has arguably become the best father the Star Wars universe has ever known, Vader, obviously, left Anakin and Padme Amidala’s twins, Luke Skywalker and Leia Organa, with much to be desired from a parenting standpoint. The “No, I am your father” scene in Star Wars: Episode V – The Empire Strikes Back (1980) isn’t exactly a heartwarming family reunion.

Nonetheless, these differences haven’t stopped artist Phase Runner from creating a mind-bending mash-up in which Darth Vader approaches a baby Luke Skywalker in nearly the same pose as Din Djarin first met Grogu — then known as “The Child” or “Baby Yoda.”

It is simply captioned, “Together we can rule the galaxy as father and son.”

Related: Grogu vs Darth Vader – ‘The Mandalorian’ Hints at Who is Stronger

In addition to messing with your mind a bit, the fan art, which features a bassinet that looks strikingly similar to The Child’s floating pod stroller, is intended to promote the highly-anticipated upcoming Disney+ Star Wars streaming mini-series, OBI-WAN KENOBI: An Original Series.

At the 2002 Walt Disney Company Investor Day presentation, Lucasfilm Film President Kathleen Kennedy provided some new details about the standalone series, in addition to confirming that “roughly 10” total Star Wars shows will join the Disney+ line-up over the next couple of years.

The biggest news about OBI-WAN KENOBI: An Original Series? Hayden Christensen — who played Anakin Skywalker and Darth Vader in the Star Wars prequel trilogy — will return to reprise his role as the iconic Star Wars villain.

Previously, it was confirmed that Ewan McGregor will reprise his performance as the famed Jedi Master and that the single-season series will be directed by Deborah Chow (The Mandalorian).

OBI-WAN KENOBI: An Original Series will be set approximately 10 years after the events of Star Wars: Episode III – Revenge of the Sith (2005). If you will recall, Emperor Palpatine utters the infamous words, “Execute Order 66.”

The events surrounding this memorable quote are summed-up briefly by CinemaBlend:

…after Mace Windu failed to kill Palpatine and Anakin Skywalker willingly became the chancellor’s Sith apprentice, Palptaine, a.k.a. Darth Sidious, ordered the execution of Order 66. Across a galaxy far, far away, Jedi were eliminated by clone troopers, and Anakin oversaw the killing of younglings at the Jedi Temple on Coruscant.

Related: Did The Child Cause One of ‘Star Wars’ Most Heinous Acts?

In an intriguing twist, we now know that The Mandalorian’s Grogu (AKA The Child AKA Baby Yoda) was present at the Jedi Temple during Order 66 and was somehow saved — there are several theories about who could have rescued the foundling who ultimately, of course, found his way to Din Djarin (Pedro Pascal) on Nevarro.

OBI-WAN KENOBI: An Original Series is set to begin filming in the United Kingdom in January 2021. No release date has been confirmed at this time.

Do you think we will continue to see a connection between the galaxy’s most infamous Sith Lord and Grogu after OBI-WAN KENOBI: An Original Series airs and The Mandalorian Season 3 premieres at Christmas 2021?