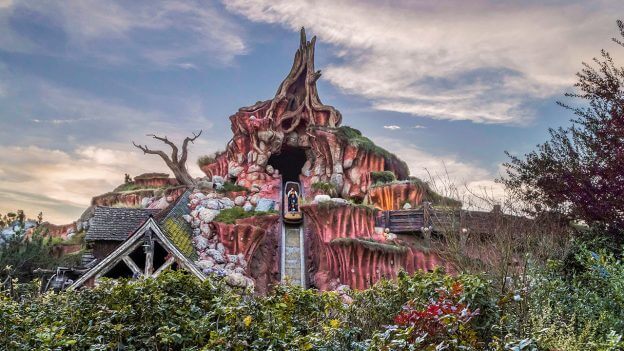 An original voice actor for the Splash Mountain attraction at Disney Parks has shared his opinion about the retheming of the ride.

Over the summer, Disney officially announced that Splash Mountain at Disneyland Park (Disneyland Resort, California) and Magic Kingdom Park (Walt Disney World Resort, Florida) will undergo a reimagining in the future. The attraction — which was originally themed after the controversial 1946 film Song of the South — will be rethemed to the 2009 animated movie The Princess and the Frog.

Disney explained some of the reasoning behind the retheme back in June:

Now, an original voice actor from Splash Mountain has shared his reaction to the news that the attraction will no longer exist in its original state.

In a recent interview with Comicbook.com, Jess Harnell, the voice of Br’er Rabbit, shared his thoughts on the Splash Mountain news. While Harnell is “sorry to see it go,” he also said that he doesn’t want to “be a part of anything that makes people hurt,” indicating the contentious reputation that Splash Mountain and its source content have garnered over the decades.

“I’ve had the experience of looking down from above on the Main Street Electrical Parade, watching kids’ faces light up when voices I did come out. And there’s no greater feeling. To know that you gave people that happiness. Now, personally, I don’t believe that Splash Mountain was offensive, and I don’t believe that it alluded to anything offensive, but if it’s going to upset people or make people feel bad about something terrible, then I get it. I’m sorry to see it go, because I loved it. It was an honor to be involved, and I’m happy I had that chance. But I don’t want to be a part of anything that makes anybody hurt.”

Back in July, Disney Parks, Experiences and Products shared more information about the decision to change the theme of Splash Mountain, an attraction that opened at Disneyland in the late 1980s and at Magic Kingdom in the early 1990s. While this is not an opening day attraction by any means, it is well-known and a favorite of many.

“I think Splash Mountain, no doubt, is a sacred attraction to many of our guests,” D’Amaro shared this summer. “And I think you’re going to love what we’re doing in making the attraction even more contemporary.”

Read more of D’Amaro’s insight into the retheming of Splash Mountain here.

More Information: A Cultural Renaissance Is Beginning at Disney Parks

Note that Disney has not provided a specific date for when Splash Mountain will close at Disneyland at Disney World in order to be rethemed. Currently, the attraction is operating at Magic Kingdom in its original state. Click here to book a trip!