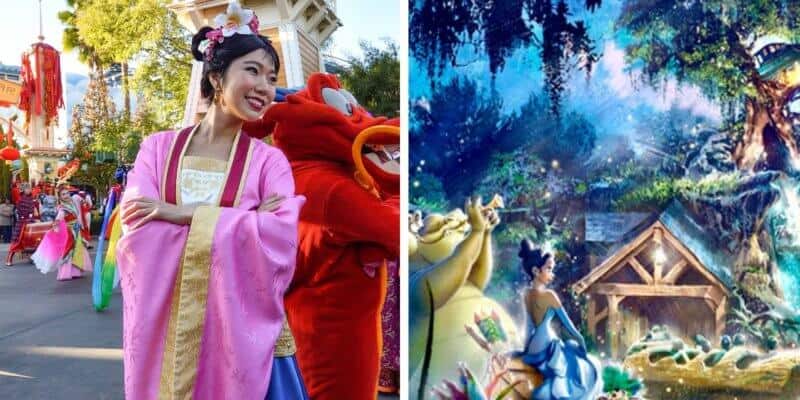 2020 has been a crazy year, but one that has taught many companies — including the Walt Disney Company — how to continue to grow in a positive light. Thankfully, cultural representation is now a normalized discussion topic, and Disney is making sure that their parks represent the conversation.

During the 2020 IAAPA conference, Chairman of Disney Parks, Experiences and Products Josh D’Amaro discussed inclusivity at Disney theme parks, and how the company plans to move forward while integrating more diversity and cultural inclusion.

The cultural change at the company has already begun. The company will be deepening its relationship with historically Black colleges and universities to create a stronger pipeline to careers in finance, human resources, legal, communications, production, and technology. “We believe that truly inclusive environment is critical to fostering ideas from all people to help us grow, innovate, and create the best stories possible,” D’Amaro said. More information about Disney’s backstage commitment to inclusivity will be rolling out in the next few months. Guest facing changes, like the reimagining of “Splash Mountain,” have been expedited to ensure that all who visit the company’s parks do feel welcome as well.

“In the world that we find ourselves in today, optimism, innovation, and courage, they will ultimately win the day,” D’Amaro said. “With the emboldened spirit that comes from the challenges of the COVID crisis, with the hope and optimism that our brand captures even in the toughest of times, let’s ask ourselves why not take our guests to the moon or bring the moon to our guests? Why not dream as big as possible? And challenge the very meaning of the word impossible.”

The call for inclusion and diversity at The Walt Disney Company is a topic that has been in the news frequently throughout 2020. IAAPA brought up the change of Splash Mountain that will be re-themed to Princess and the Frog at both Walt Disney World and Disneyland Resort — and possibly global Disney Parks, though there has been no confirmation on that front — due to the undertones and themes of Song of the South, which Splash Mountain was originally based on. Even this change was not met with excitement from all Disney fans, which only shows that the community still has a long way to go in terms of realizing what must be done.

Star-Wars actor John Boyega has even spoke out against Disney for highlighting him as a lead actor, and then never developing his character the way they did for other caucasian actors in the franchise. Although this was not necessarily something that happened within the realm of the theme parks, we do see Boyega’s Finn character represented as an animatronic in Star Wars: Rise of the Resistance at Star Wars Galaxy’s Edge, so it is alarming that the actor who is literally in the attraction has found problems with diversity within the Walt Disney Company.

The positive take away here is that Disney is recognizing the journey ahead of them and is acknowledging that they will be working to change that. In terms of park updates, it will be exciting to hopefully see the inclusion of more diverse Disney characters become equally highlighted in the future, and to see what that means for future attractions!

Do you think Disney should be doing more to be more inclusive at their theme parks?