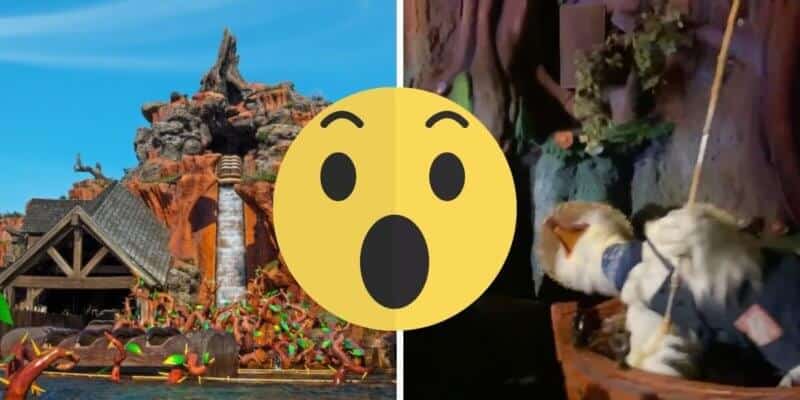 As many of you probably already know, with the constant running of attractions, many Disney animatronics, unfortunately, tend to have occasional technical difficulties.

In fact, just within the last few months, Inside the Magic has reported the Jose animatronic fell over at the Gran Fiesta Tour at EPCOT, the Avatar animatronic, Big Toe, was temporarily removed from Na’vi River Journey in Animal Kingdom, the Elsa animatronic and the Olaf animatronic at Frozen Ever After were experiencing difficulties, and one of the pirate animatronics reportedly fell over at Pirates of the Caribbean at Magic Kingdom.

Now, it looks as though another animatronic has toppled over at one of the Magic Kingdom attractions — Splash Mountain.

According to Twitter user @MagicalNewsLIVE, the fishing goose had completely fallen over sometime earlier today. Check out the video here:

Back in June, Disney announced (after a petition coincidentally made its rounds on the Internet) that the classic theme park attraction Splash Mountain would be rethemed to the 2009 Disney Princess animated movie The Princess and the Frog.

Disney’s official announcement for the retheming of Splash Mountain from June reads:

Have you ever seen an animatronic topple over at one of Disney’s attractions? Let us know in the comments below.