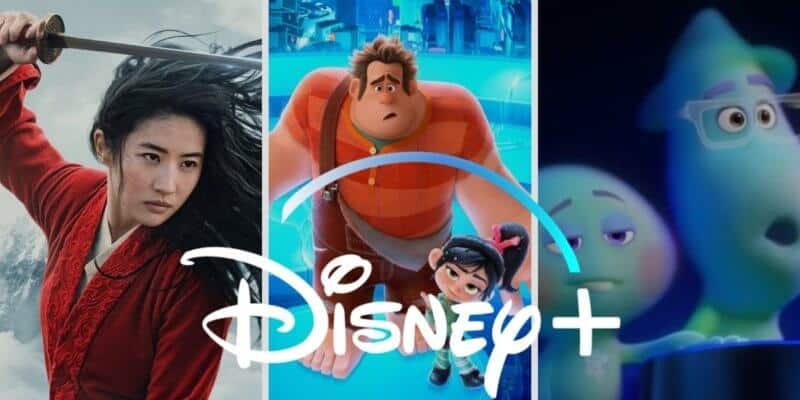 Disney+ is filled with so much content — from animated movies to Disney Channel tv shows and animated series’ to Marvel, Star Wars, National Geographic content, and more!

From the live-action Mulan to more The Mandalorian episodes to Disney Pixar’s highly anticipated, Soul, Disney+ is debuting tons of new and amazing content for the end of 2020. Check out the full list below, with the accompanying release date, thanks to What’s On Disney Plus.

Mulan (Read More: ‘Mulan’ to Release on Disney+ for FREE, If You Can Wait)

Acclaimed filmmaker Niki Caro brings the epic tale of China’s legendary warrior to life in Disney’s Mulan, in which a fearless young woman risks everything out of love for her family and her country to become one of the greatest warriors China has ever known. When the Emperor of China issues a decree that one man per family must serve in the Imperial Army to defend the country from Northern invaders, Hua Mulan, the eldest daughter of an honored warrior, steps in to take the place of her ailing father. Masquerading as a man, Hua Jun, she is tested every step of the way and must harness her inner-strength and embrace her true potential. It is an epic journey that will transform her into an honored warrior and earn her the respect of a grateful nation…and a proud father.

The official description of this series reads:

After the stories of Jango and Boba Fett, another warrior emerges in the Star Wars universe. The Mandalorian is set after the fall of the Empire and before the emergence of the First Order. We follow the travails of a lone gunfighter in the outer reaches of the galaxy far from the authority of the New Republic.

The official description of this series reads:

In ‘The Wonderful World of Mickey Mouse,’ it’s nothing but fun and excitement for Mickey and his best pals – Minnie, Donald, Daisy, Goofy and Pluto – as they embark on their greatest adventures yet, navigating the curveballs of a wild and zany world where the magic of Disney makes the impossible possible. Each seven-minute short is filled with laugh-out-loud comedy, modern settings, timeless stories, new music and the unmistakable classic art style of the “Mickey Mouse” shorts. The series will include stories inspired by various lands at Disney parks and cameos by classic Disney heritage characters.

The Nutcracker and the Four Realms

A young girl is transported into a magical world of gingerbread soldiers and an army of mice.

The official description of this special reads:

From Walt Disney Animation Studios comes the action-packed adventure Ralph Breaks the Internet. Ralph and fellow misfit Vanellope risk it all by traveling to the world wide web in search of a part to save her game, Sugar Rush.

From the director of Chicago and the producer of Wicked comes a modern twist on the beloved fairy tales you thought you knew. Meryl Streep stars in this epic musical saga about daring to venture Into The Woods. Iconic characters, such as Cinderella, Little Red Riding Hood, Jack and the Beanstalk and Rapunzel, find their fates intertwined with a humble baker and his wife, whose longing to have a child sends them on a quest to reverse a witch’s (Streep) curse. With an all-star cast, this spellbinding adventure is everything you could ever wish for!

Max, a much bullied 12-year-old student, finds out he’s moving to a new city in one week. He decides he has nothing to lose and develops some very clever schemes to right all the wrongs done to him and his friends. After a week of mayhem, including outrageous pranks, stunts, inventive gadgets, and help from his friends, Max finds out the worst news ever – he’s not moving after all!

Note: this list isn’t complete and Inside the Magic will continue to update this list as more information is released.

Which of these titles are you looking forward to most in December? Let us know in the comments below.

Comments Off on Everything Coming to Disney+ in December 2020