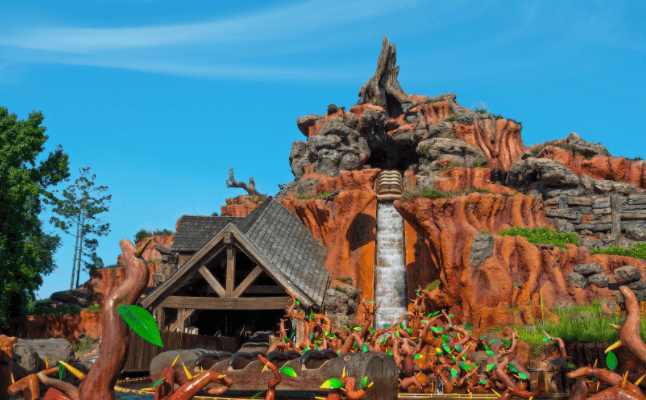 Splash Mountain at Walt Disney World has been experiencing some issues today. Magic Kingdom Guests had to evacuate their logs after the attraction unexpectedly broke down.

The video below shows Guests walking inside the attraction — guided by a Disney Cast Member — after they had to evacuate their ride vehicles.

My last ride on #splashmountain at #WDW ends in an evac JUST before the drop. Alright with me tho. Got the elusive post-COVID FastPass! ?? pic.twitter.com/kKjgXCiQpr

The attraction was reported to be down at approximately 9:30 this morning:

We hope everyone involved in this incident still has a magical day at the Most Magical Place on Earth.

We have reported on the numerous issues Splash Mountain has faced this year. Last month, Guests had to evacuate the attraction after one of the ride vehicles took on water and began to sank. Disney later provided some details about the incident, confirming that only one Splash Mountain log took on water and all five Guests involved were safe after the incident occurred.

But following the sunken Splash Mountain log, Disney had to close the attraction, likely for inspections. After Splash Mountain was drained and then filled again, the ride reopened a few days later.

In another situation, a Guest reportedly fell into the water on the attraction and had to be escorted out. At the time of the report, it was unclear when exactly the incident occurred or whether or not the Guest was evacuating the ride after it had broken down, when she fell into the water. The Guest did not say she was injured in any way.

The attraction will soon be reimagined to The Princess and the Frog, though Disney has not yet announced when it will close in order to make way for Princess Tiana and the new theme.

Currently, this is the official description of the Splash Mountain ride at Magic Kingdom:

You Will Get Wet
This attraction includes 950,000 gallons of water, 3 dips and a 5-story drop. Where you’re seated will determine how wet you’ll get. Riders in the back may experience a sudden splash or spray; those who opt for the front can expect to get soaked.