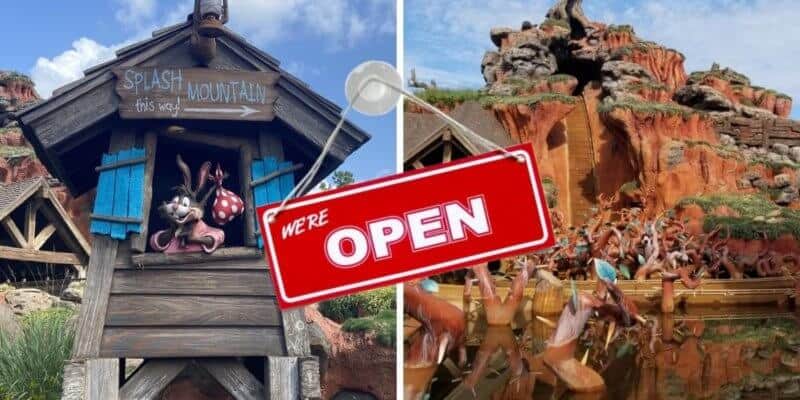 Just minutes after writing this article, Splash Mountain has been filled back up with water and began testing the attraction. The queue line has officially reopened to Guests and initially had a 5 minute wait.

Not long after it reopened, Guests headed towards the attraction and is now up to a 60 minute wait, just 15 minutes after the line reopened.

Yesterday Inside the Magic reported that the Splash Mountain ride at Walt Disney World’s Magic Kingdom was unexpectedly drained and was experiencing its second day of closure.

Today, it looks as though nothing has changed inside the theme park as Splash Mountain is still fully drained as it goes on its third day of closure.

Though we are unsure why the attraction was drained, it looks as though Disney is trying everything they can to get the ride back up and running. According to Twitter user, @Imagineer999 Splash Mountain has been closed due to technical difficulties but the park is trying to get the ride reopened at some point today for guests to enjoy.

Splash Mountain is still down due to technical difficulties but they're trying to get it up and running today. #SplashMountain #SaveSplashMountain #DisneyParks #WDW #MagicKingdom pic.twitter.com/qxwk4XzCCo