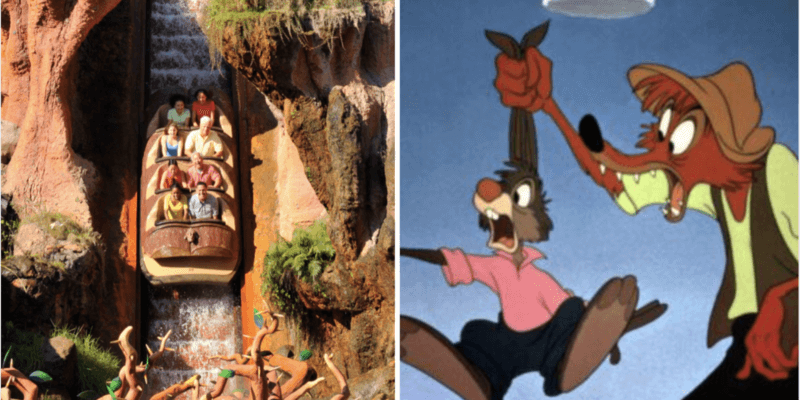 On August 2, while Guests were riding Splash Mountain at Walt Disney World’s Magic Kingdom park, one of the ride vehicles began to sink. Disney park officials delayed the opening of the popular Frontierland log flume the next day due to the sunken log incident.

Now, a Guest who was on the ride has spoken to OrlandoHols.com about the incident. Skyelar Ingersoll stated:

We were almost at the end of the ride. We started to notice the the boat taking on water after the final drop. Towards the end the log stopped and it got stuck. We waited for a while but the log started sinking and filling with water, it was then we jumped out. As soon as we stepped out the whole log was pretty much submerged underwater.

Fortunately, the water on the Splash Mountain ride is not deep (only a couple of feet) so nobody was injured during the sinking incident. Ingersoll did, however, go on question the actions of the Cast Member who dealt with the situation on the ride, saying:

The Cast Member that came to evacuate us was very unprofessional and lectured us about staying in the boat, even though it clearly wasn’t safe for us to stay seated in a boat that was submerging. We spoke with management staff and staff at guest relations and they were very professional but the initial Cast Member wasn’t either helpful or professional.

It is important to bear in mind that this was a unique event that the Cast Member probably hadn’t dealt with before or been specifically trained to handle. Ride vehicles sometimes malfunction on Disney theme park attractions, but a water ride vehicle sinking is quite unusual.

not to mention homegirl sat there and yelled at us basically for jumping out of a sinking boat, like what were we supposed to do, sit there be like “we good” #WaltDisneyWorld #MagicKingdom #SplashMountain @WaltDisneyWorld @Disney @DisneyParks @DisneyParksNews pic.twitter.com/Ef2YyIbTSp

Ultimately, Disney theme park Cast Members do the best they can to handle all situations that occur daily. It is important to remember that every Disney World employee is trained to deal with many eventualities, but can sometimes be caught off-guard, particularly when something like this happens at an attraction.

This was certainly a strange occurrence on Disney World’s Splash Mountain that hopefully doesn’t happen again!

What do you think about the Splash Mountain sinking log situation? Do you agree with the Guest that the sinking boat incident could have been handled better at first?