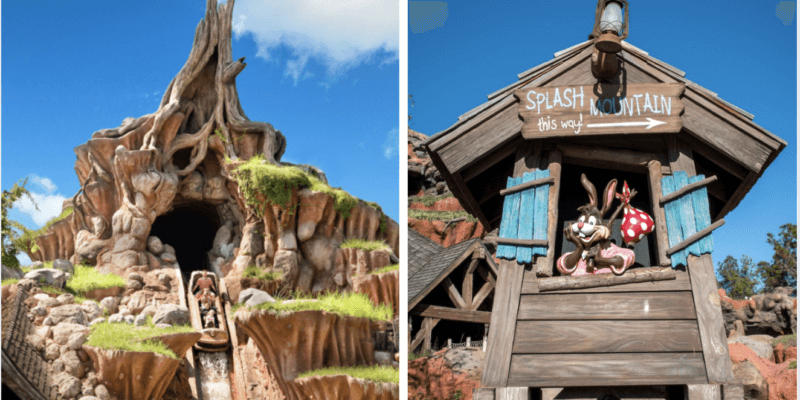 Splash Mountain at Walt Disney World Resort has been on a wild ride lately.

From its recently announced Princess and the Frog re-theme to a Guest inadvertently falling in the ride to an unexplained draining to videos shared last night documenting a sunken ride vehicle incident, things have been more than a little bit crazy for the Frontierland attraction.

Although Guests were posting about the Magic Kingdom incident late last night, Disney has not made any official announcements regarding what time the incident occurred or what caused the log flume vehicle to take-on water.

This morning, Walt Disney World Resort Guests woke up to a closed Splash Mountain ride. We have just discovered that Splash Mountain has now reopened and appears to be fully operational just an hour before the theme park opened this morning. The delayed opening of the popular Magic Kingdom ride was likely due to the malfunction reported last night.

At some point in the near future, the Splash Mountain attractions at both Disney World at Disneyland will undergo extensive renovations as Br’er Rabbit and his briar patch friends are removed. A timeline for the retheme has not been announced.

“It’s a great story with a strong lead character, set against the backdrop of New Orleans and the Louisiana bayou. In 1966, Walt himself opened New Orleans Square when it became the first new ‘land’ added to Disneyland park, so it feels natural to link the story and the incredible music of The Princess and the Frog to our parks.”

What do you think about the submerged vehicle on Splash Mountain and the delayed opening today?

Let the Academy Travel team help you plan your next Disney theme park vacation. Whether you want to visit Disneyland Resort in Southern California or Disney World in Florida, their experts can help you plan the perfect Disney park trip.