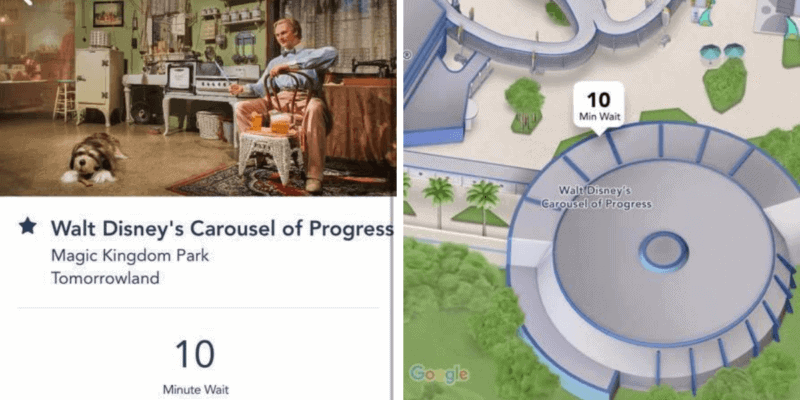 A popular and historic attraction in Tomorrowland at Magic Kingdom has reopened after experiencing some unexpected downtime.

Yesterday, we reported that Walt Disney’s Carousel of Progress — Tomorrowland’s rotating theater audio-animatronic stage show attraction — was closed temporarily for unknown reasons. We acknowledged in our report that the attraction may be due for a refurbishment, as it has experienced some mishaps in recent months (with one of the audio-animatronic’s hands falling off mid-show). However, when the attraction was down it was not added to Disney World’s official refurbishment calendar. 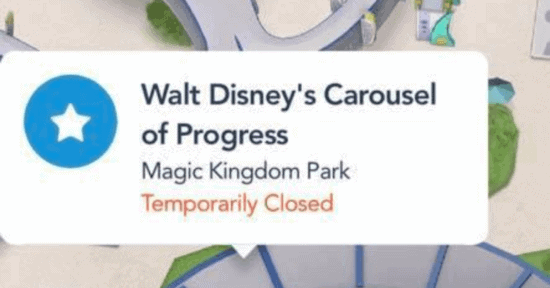 However, this evening just after 5:30 p.m. ET, we noticed on the My Disney Experience app and Walt Disney World Resort official website that the Carousel of Progress has indeed reopened.

As you can see, the attraction has a low wait time currently.

Keep in mind that the Tomorrowland Transit Authority PeopleMover is still closed. That attraction did not reopen when Magic Kingdom reopened on July 11. It has been closed all month long, and at this time there is no word on when the Guest-favorite ride will be back up and running for Magic Kingdom visitors to enjoy.

About Walt Disney’s Carousel of Progress

Walt Disney’s Carousel of Progress is a historic attraction that Guests have enjoyed at Walt Disney World Resort for decades. During this ride, Guests “follow an American family over 4 generations of progress and watch technology transform their lives.”

You can read more about the attraction’s history in the description below, courtesy of the Disney World website:

Click here to book a trip to Disney World and experience the Carousel of Progress for yourself!