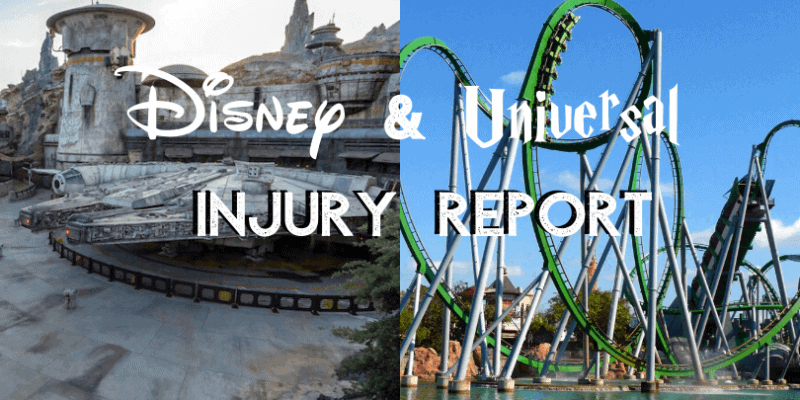 The 2020 first-quarter injury report for Walt Disney World Resort, Universal Orlando Resort, and other Florida theme parks has officially been published. It revealed a few injuries — including two guests fracturing their legs, one guest having a heart attack, and another reporting motion sickness — that guests experienced while at Disney and Universal theme parks in early 2020.

Below are the injuries that were reported in the MOU Exempt Facilities Report for the first quarter of 2020. Note that these injuries involved attractions at Hollywood Studios, Magic Kingdom, and EPCOT. No guest injuries at Disney’s Animal Kingdom, Disney’s Typhoon Lagoon Water Park, or Disney’s Blizzard Beach Water Park were included in the report.

Below is the only injury that has been disclosed in the MOU Exempt Facilities Report for the first quarter of 2020:

Keep in mind that even though Walt Disney World is the most Magical Place on Earth and Universal is a place of fun and excitement, theme parks are not exempt from real-world problems. Those with underlying health conditions and even those who are not normally prone to injuries or sickness may, in fact, become injured while on their magical vacations. We highly recommend reaching out to a Disney Cast Member or a Universal Team Member if you or someone in your group feels ill or has been injured while at the theme parks. They are there to help.