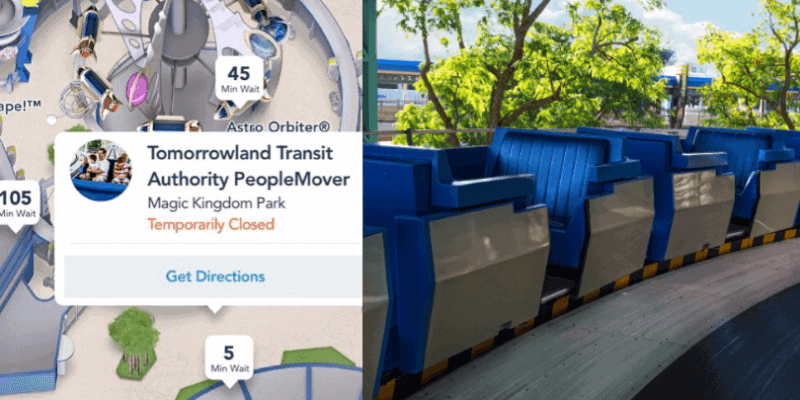 As of this morning, the PeopleMover remains closed for the fourth consecutive day. Given that no explanation has been given for the closure and this is clearly unscheduled, guests probably shouldn’t expect the attraction to reopen anytime soon. However keep checking the My Disney Experience app for the most up-to-ate information, if you are visiting Disney World currently and you want to know the status of your favorite attractions.

While the rest of the Magic Kingdom park opened, as usual, this morning, . The popular attraction has entered its third straight day in an unscheduled closure. Exact technical issues causing the shutdown are still unknown.

Another day, another unscheduled multi-day closure for a ride at the Magic Kingdom, . Reports showed that the automated attraction was “Temporarily Closed” yesterday around 1:00 p.m. EDT, and it appears those problems carried over to today, March 10, 2020.

This is only the latest problem to plague Magic Kingdom Park at Walt Disney World. Just last week, the Haunted Mansion suffered a surprise shutdown that lasted the better part of four days, and even after it re-opened it suffered some more malfunctions. You can read our coverage of that story by clicking the links below:

. Over the past few months, the iconic Tomorrowland attraction has experienced problems that include fire and a collision of two trains. You can read our coverage of those events as well by clicking the links below:

“Ride breakdowns happen all the time!” 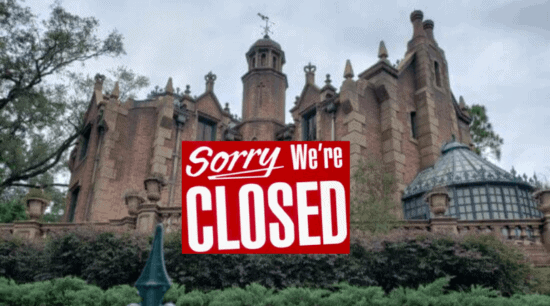 Yes, this is true. Rides and attractions frequently break down at all of the theme parks throughout the Walt Disney World resort in Orlando, Florida. But the past few weeks have shown unusually significant amounts of accidents.

It began with the semi-sinking of a Jungle Cruise boat in Adventureland, then came the PeopleMover collision in Tomorrowland, then the Haunted Mansion shut down unexpectedly for four days and Disney World experienced four of its most popular rides closed at the same time: Haunted Mansion, Thunder Mountain, Splash Mountain, and Seven Dwarfs Mine Train. Oh, and we can’t forget about what happened at the Carousel of Progress that occurred at the beginning of February.

We at Inside the Magic want our readers to know that we do not report on these incidents to overdramatize the situation. Rather, we want our readers to remain informed so they can adjust their Walt Disney World vacation accordingly as well as be inspired to discover more about their favorite attractions–what ails them beyond the surface-level “temporary closures”?

We are genuinely concerned that some of our favorite rides are experiencing issue and we maintain the utmost respect and confidence in the Walt Disney World Cast Members and Imagineers who are already at work to understand the problems and make these poor rides stronger and better than they were before.

What do you think about the PeopleMover closing down? Will this interrupt your plans at the Magic Kingdom? Where does the PeopleMover rank among your favorite rides at the Disney Parks? Let us know in the comments!