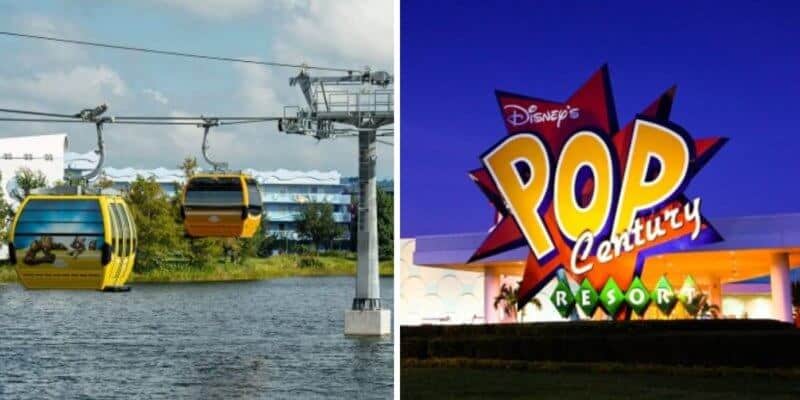 If you are staying at Disney’s Pop Century Resort, you may want to keep this in mind on your next Walt Disney World vacation.

According to a recent social media post in the Facebook Group, You Might Be A Disney Addict. There is a sign outside of Disney’s Pop Century Resort warning Guests that the Resort buses will now be running once per hour to both Disney’s Hollywood Studios and EPCOT, beginning today, January 5.

Heads up! Walt Disney World is Entering its “Off-Season”: What to Expect

As you could imagine, comments on the social media post are blowing up, most angry about this change, mainly because of the problems Disney has had with the Skyliner operations recently.

One Facebook user even wrote, “I doubt this will be able to last long. There will be too many people wanting to ride the bus instead. Are they going to leave all the people that don’t fit on the bus stranded for an hour? And what about when the Skyliner isn’t working?”

Another Facebook user “I would make sure I’m in line for that one bus.”

There are some users, however, that don’t mind this change as they find the Disney Skyliner quick and efficient. “Skyliner is so much faster. I have no issue. People that won’t use it will need to think about their accommodations with this in mind,” another Facebook user commented.

We are unsure if this change is also taking place at Disney’s Pop Century’s sister Resort, Disney’s Art of Animation, but our guess would be yes. It seems as if Disney is trying to cut back on the bus transportation if there are other options for Resort Guests.

If you want to visit Walt Disney World on your next family vacation, but aren’t sure where to begin planning, don’t hesitate to reach out to our friends at the Authorized Disney Vacation Planners at Academy Travel for a free quote. They will help book your Disney Resort and dining reservations and offer tips and tricks so you and your family don’t miss out on any magic throughout your vacation.

How do you feel about these Disney transportation changes being made? Let us know in the comments.