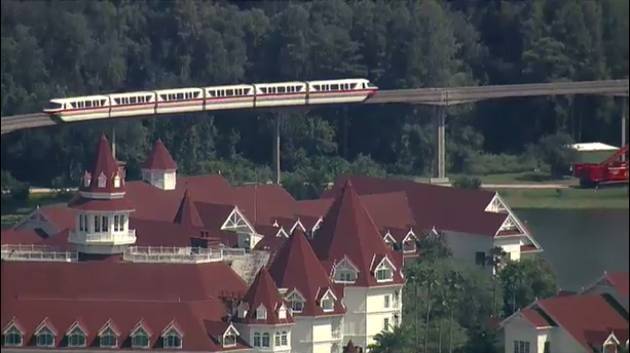 So, after a long day of traveling, you and your family finally make it to your Walt Disney World Resort hotel. But this trip is different. This time you’re staying at one of the Magic Kingdom’s Monorail Resorts. Everyone is so excited to wake up and take the Monorail to the parks! No buses or driving this time. You get to walk out to the platform and board the Highway in the Sky.

But the next day finds you stranded on the platform. The monorail malfunctioned, and it’s going to be at least half an hour before you’ll get on the next one. Now, everyone’s upset, and you have to consider other options to get to the park.

Unfortunately, this story is becoming far too common for guests staying at Disney’s Contemporary Resort, Disney’s Polynesian Village Resort, and Disney’s Grand Floridian Resort and Spa. So, if you have a reservation at one of these three resorts, it is a good idea to have contingency plans in place. Here are three backup plans to consider:

Setting sail across the Seven Seas Lagoon for the Magic Kingdom should not be considered a consolation prize. It is an adventurous experience in itself and builds excitement as Cinderella’s castle gets closer and closer. Walt Disney World Watercraft is admittedly slower than the Monorail but has a better safety record.

2. Take a walk to the Magic Kingdom

To quote Saving Mr. Banks, “a leisurely stroll is a gift,” and it is especially true when that stroll leads you to the Magic Kingdom. But this tip depends on where you’re staying.

If you’re staying at the Contemporary, this is the easiest and honestly the most practical way to get to the parks. The Resort Monorail line takes you away from the Magic Kingdom, and the Watercraft is just as slow. The 5-to-10-minute walk along a paved walkway is not only the fastest and most convenient way to get to the Magic Kingdom–especially for families with strollers–it is also an excellent warm-up for the long day ahead.

If you are staying at the Polynesian, your best bet–if you don’t want to wait for the boat–would be to actually walk to the Transportation and Ticket Center (TTC). This is a slightly longer walk, but it will get you to the Express Monorail line that will take you directly to the Magic Kingdom. In most cases, only the Resort Monorail Line will be delayed while the Express continues to operate smoothly.

If you are staying at the Grand Floridian, you do not have this option yet. When the Resort Monorail breaks down, this Victorian-styled palace is the definition of “so close, yet so far.” Buses no longer provide service to the Magic Kingdom from Monorail Resorts, and after picking you up, the Watercraft stop at the Polynesian before sailing to the Kingdom. However, construction is currently underway to build a walkway parallel to the Monorail over the Seven Seas Lagoon to finally allow people to make the walk themselves.

3. Bus to a Different Park First

When all else fails, you can always take advantage of that Park Hopper option and start your Disney day at another park. Each resort has a bus station with service to Disney’s Animal Kingdom, Disney’s Hollywood Studios, Disney Springs, and the water parks. Transportation to EPCOT might only be available via Monorail. And you can always take advantage of the Minnie Vans to go anywhere on Disney property.

The Walt Disney World Monorail System has operated the Mark VI Monorails since 1989. That was 30 years ago! And the fleet is starting to show its age. While the Mark VIIs cruise around Disneyland and Tokyo Disneyland introduced new monorails this year, everyone in Florida is still waiting for their new models. Let’s hope we’ll have the Mark VIIIs by Walt Disney World’s upcoming 50th Anniversary in 2021.

What do you think of the Walt Disney World Monorail? Has a malfunction ever left you stranded at a Monorail Resort? When do you think the Mark VIIIs will arrive? Let us know in the comments!