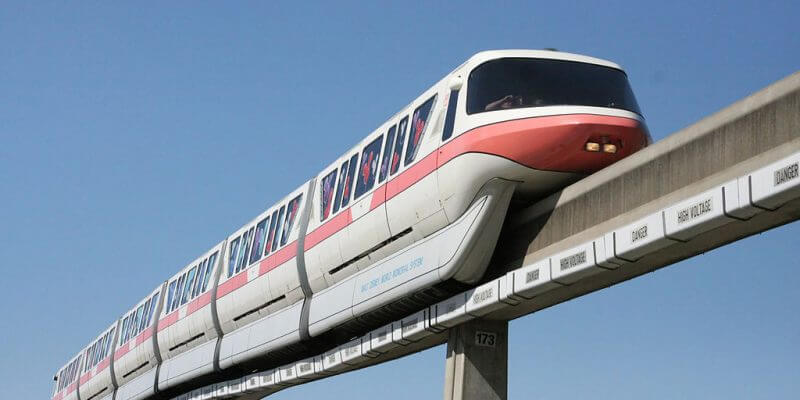 A Walt Disney World Resort Monorail stalled on the way to Magic Kingdom this morning, keeping several guests inside in the summer heat for over half an hour.

With the Florida summer heat in full swing, the last place we’d want to be stuck is a hot Monorail with no air conditioning. Unfortunately, some Disney guests had to experience this today. Click Orlando reports that one of the Walt Disney World Monorails experienced “down time” on Tuesday morning, according to Disney officials. The stall left numerous guests unhappy and sweating in the summer heat, as the interruption caused the transportation system’s air conditioning to stall, as well.

It’s still unclear just how long the Monorail stalled without air conditioning, as guests estimate they were waiting from 30 minutes to close to one hour.

“We were all so hot and people were close to passing out so we took the windows,” said one guest who was onboard the Monorail during the stall. Disney hasn’t confirmed whether or not this was the case, although those who experienced the Monorail stall took to social media to share their experiences.

literally trapped in a crowded, hot monorail @WaltDisneyWorld for 30 minutes. There are legitimately infants and kids on here. had to open emergency windows pic.twitter.com/CfPNuBbqLy

Disney worked to resolve the issue as soon as the Monorail stalled, and even responded to guest concerns on Twitter. The official Walt Disney World Today Twitter account said to one guest, “Our Transportation Team is aware of the situation and is working quickly to get you moving on to your Disney destination.”

We are sorry for any inconvenience, Amanda. Please know that our Transportation Team is aware of the situation and is working quickly to get you moving on to your Disney destination. We appreciate your patience.

The Monorail was eventually back up and moving and was able to transport guests to Magic Kingdom. As Click Orlando reports, Disney hasn’t shared what caused the Monorail to stall nor exactly how long it took for it go run again smoothly, but we’re happy that guests were able to make it to the park and enjoy their day at the Most Magical Place on Earth.

Have you ever experienced a Monorail break down at Walt Disney World? Let us know in the comments!