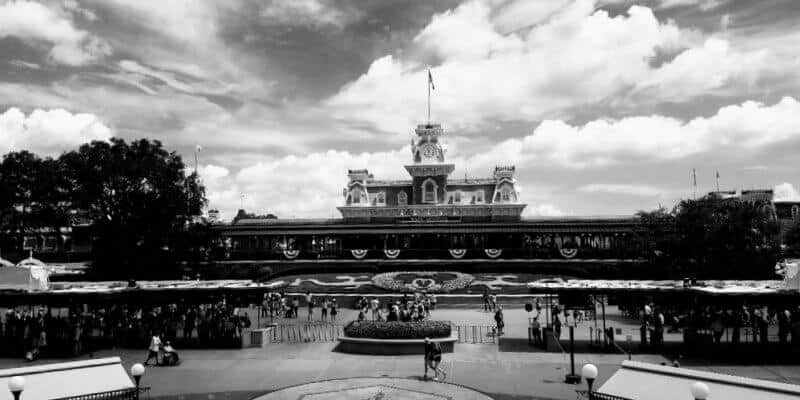 Are you a Disney fan who looks for exciting new experiences to have every time you visit the Most Magical Place on Earth? Do you look for opportunities to experience new things on each Disney vacation? We thought so, and because of that, we’re sharing five magical experiences you might not have had yet at the Walt Disney World Resort, and all you need is a valid theme park ticket.

Be warned, however; you won’t find any of these ideas on the My Disney Experience app, and you can’t make reservations for any of these experiences. But you can experience these things without being a Star Wars fan, without having a Fast Pass and without visiting during Extra Magic Hours. You also don’t need to be on the Dining Plan to experience the Magic we’re sharing with you here. Even your favorite Disney character isn’t a requirement. With these ideas, you can upgrade your next trip; think of it as a Disney vacation 2.0.

These experiences have nothing to do with your favorite ride, and you won’t have to stand in long queues to make these memories. Pick your park, because a few of these experiences can happen anywhere–Disney’s Animal Kingdom, Disney’s Contemporary Resort, Star Wars: Galaxy’s Edge, Epcot, Hollywood Studios, Magic Kingdom or even your resort hotel.

Ready to experience a new level of magic on your next vacation? Read on.

Hey, why restrict yourself to cupcakes? You can do a “crawl” centered around any Disney World treat! Just pick your favorite! I’ve heard of pie crawls, cake crawls, cookie crawls. But I think the most fun is a cupcake crawl because Walt Disney World is home to some of the most decadent, artful and creative cupcakes on the planet.

What’s a crawl? Well, to honest, I’m not sure who coined the term, but think of a cupcake crawl as a tour of the parks and resorts at Walt Disney World—all centered around cupcakes. It’s a cheap thrill by Disney World standards—each cupcake will cost you about $5, and they’re big enough to share (but if you don’t we won’t judge!). The key is to try a different one every time—no duplicating! For the most fun, invite your friends and family to indulge in the crawl too. We usually choose the number 10 and have a goal of sampling 10 cupcakes during our 2 – 3 weeks in the parks. It gets creative because my best friend has a gluten allergy and my daughter has a tree nut and peanut allergy (if you do, always remember to ask a chef or baker exactly what’s in the cupcakes).

There are so many to choose from, so have fun with it! And be sure you’re journaling your crawl with photos at each cupcake stop! Need to know where to start? Here you go: At Be Our Guest Restaurant, skip the grey stuff and opt instead for the strawberry cheesecake cupcake.

The Roaring Fork at Disney’s Wilderness Lodge always has a selection of creative cupcakes; take your pick. The Trolley Car Café at Hollywood Studios is also a great place for cupcakes (get one with your Starbucks drink!), and at Epcot, you can always count on an amazing assortment of cupcakes at Sunshine Seasons Food Court in the Land Pavilion.

Catch the fireworks show—in the morning

If you’ve ever heard the terms “rope drop” and “Magic Kingdom” in the same sentence and thought it was just hype, think again. I was a late bloomer when it came to rope drop—I always have all four of mine plus family, friends, my husband and our nanny on our Disney World trips.

Related: The Complete Guide to Rope Drop at the Walt Disney World Resort

You try getting that many people out the door at inside Magic Kingdom before 9:00 a.m.

By the time I finally had this truly magical experience, I had been to Disney World a hundred bajillion times (give or take a few bajillion), and I couldn’t believe what I had missed. Hype? Not a bit. It really is magical. Imagine getting to Magic Kingdom and taking the double-decker bus from the train station to Cinderella Castle. Now imagine Mickey, Minnie, Donald, Goofy, Pluto, every imaginable Disney Princess, Mary Poppins and more characters taking the forecourt by storm as they welcome you to a brand new day of magical possibilities at Magic Kingdom. Then imagine Mickey giving you an official send-off to start your day. And then imagine fireworks—yes, fireworks in the morning.

Got that image in your head? Then you, my friend, have just imagined rope drop at Magic Kingdom. (And it’s a 50 bajillion times better than you imagine—give or take a bajillion.

Revel in the beauty of an ice-covered castle. In central Florida.

This is another experience that took me a few years to get to. I live in Dallas, and my pilgrimages to the parks never coincided with the month of December. Again, I have four children—and I live 1,100 miles from the gates of Magic Kingdom.

But the first time I saw a photo of Cinderella’s castle abode draped in icy twinkling blue and white happiness, I knew I wouldn’t be a whole person again until I could behold its glory and grandeur for myself. And standing in front of the castle during the holidays is something spectacular. Somehow it doesn’t get old. Not ever. P. S. – if you thought Cinderella Castle makes a fantastic backdrop for you Disney World photos, just wait until you see your nighttime photos with the icy version of Cinderella’s house in your photos.

Step into character with the Citizens of Hollywood

You’ll need to keep your eyes peeled for this talented acting troupe that shows up here and there along Sunset and Hollywood Boulevards at Disney’s Hollywood Studios. And when you do see the Citizens, you’ll want to stay close. Often they interact with Guests, pulling them into their “drama.” At other times, it’s fun to jump into their conversations—when they aren’t pulling off an obviously scripted dialogue.

In January, my daughter and I were graced with the presence of 3 of the Citizens—one carrying a huge plastic turkey on a platter, each dressed to the nines, as if they were late for a family holiday dinner. They instantly brought us into their “world,” by asking my daughter why she didn’t bring anything for the dinner. She explained that she hadn’t committed to bring anything. Then the gentleman and I got into a long discussion about dry turkey and why it’s so unappealing.

You’ll especially want to keep your eyes open for Jack Diamond, the less-than-scrupulous diamond connoisseur who wows crowds with silly antics and simple magic tricks atop his mobile card table. Beware his ex-wife who interrupts Jack’s magic tricks, giving him ammo to make snide remarks and comments about the woman he used to love.

Dare to take your mother-in-law to the parks

Believe it or not, there are some mothers-in-law out there that you wouldn’t mind taking with you on a trip to the parks, and not because you lost a bet. I’m blessed enough to have one of them. She’s in her 60s and loves Peter Pan and Snow White more than Wendy and the Prince, respectively. And until this year, the only place she had ever seen Cinderella Castle was in the fog of her dreams. But all of those dreams became reality a few months ago when we took her to Walt Disney World for the first time.

Standing in line to meet Snow White had her almost squealing with anticipation. Meeting Snow White made her cry (happy tears of course!), and you should have seen her face when she stood on Main Street and saw Cinderella Castle for the first time! The minute her eyes took in the grand expanse of the castle, she stopped in her tracks and seemed almost paralyzed for a few minutes. She was taken aback. We beheld a grown woman becoming a kid again. We physically witnessed the magic overtake her.  “It’s more beautiful than I ever dreamed it would be!” she shouted with misty eyes.

It was quite the magical experience for her. But then again, it was pretty magical for us too.

What about you? Have you had an “outside-the-box” or “off-the-grid” magical experience at Walt Disney World? You know, it’s more magical when you share it, so why not spread some magic and tell us about that experience in the comments section below?

Comments Off on 5 Magical Disney World experiences that require no FastPass, no wait