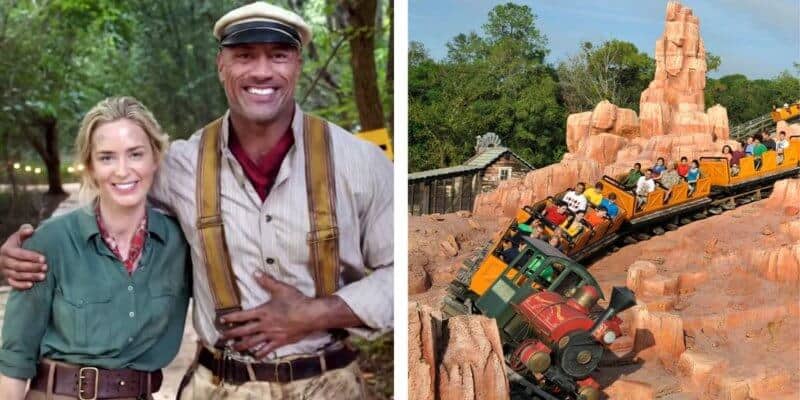 Pirates of the Caribbean, Haunted Mansion, and coming soon, Jungle Cruise, which debuts next summer and will star Dwayne Johnson and Emily Blunt.

There are a handful of famous Disney attractions that have been turned into hit films. But what other Disney rides would you like to see made into movie versions of themselves? I put together a list of some of the attractions that I think would make great hit films. Let’s take a look.

So, what I am thinking here is almost like a Quantum Leap type plot. Since the attraction takes us through a variety of decades to explore what some families have lived through, like when electricity was invented and some other technological advances, I think it would make for a great time travel film as well.

It could even teach new generations what it was like to live during the 20s or 40s in a more visual, entertaining way.

I think a film based off of the famous bird animatronics could be interesting and exciting. The Enchanted Tiki Room is known for the famous song, but also for its bright, bold, and beautiful colors.

What if the film followed Disney guests enjoying this attraction, but once the theme park closes at night, all the birds come to life? Almost like Night at the Museum. I think that would make for a great premise.

Not only could this make for a family film, but the graphics and colors could make for an amazing film graphically.

This could be a hit for sure! Who wouldn’t want to watch an adventurous film through the safari?

Disney could use the same technology techniques from live-action films like The Jungle Book and The Lion King to create the animals from various countries as we follow a family on their African Safari adventure.

This famous attraction takes riders on a mine train through canyons and mines, and I think the landscape makes for a great backdrop to a hit film. Action-adventure meets the wild wild west.

Of course, the idea behind Expedition Everest is to escape the Yeti as she is trying to protect her mountain.

A Disney film could be made off of this idea as well. An action-adventure with some bits of thriller, but all packaged together with lots of thrills and chills, of course.

What famous Disney attraction would you like to see turned into a hit film? Let us know in the comments.