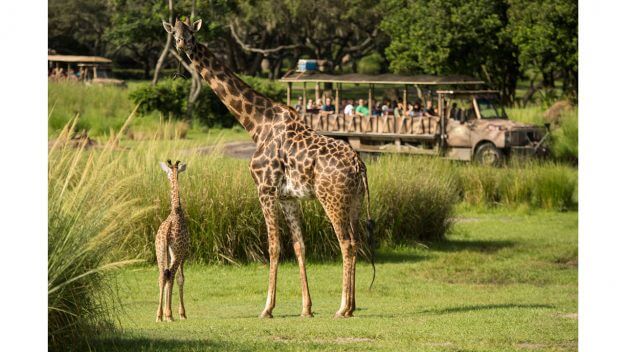 Jambo everyone! Disney’s Animal Kingdom provides guests with a wild adventure into the wilderness and puts them face to face with their favorite animals, including lions, zebras, giraffes and many, many more.

And now, guests can see a two-month-old Masai giraffe calf who just made her debut on the ever-popular Kilimanjaro Safaris attraction. Disney released a video of Aella, the adorable new calf as she ventures out on the savanna.

Aella is named after an Amazon warrior and is “known to be a brave and bold young giraffe with a curious and independent spirit.” Disney shared the following description of Aella and her parents:

Aella’s birth marks a first for her parents – mom Lily and dad George. The pair was chosen to breed through the Species Survival Plan (SSP), which is overseen by the Association of Zoos and Aquariums and ensures responsible breeding of threatened and endangered species. Breeding this pair is important to the long-term survival of the species because it adds more genetic diversity to the giraffe population, which helps ensure future generations.

Aella will nurse for about a year, and then, as a herbivore, she will move to the lush vegetation available throughout the savanna. When full grown, she will use her 18-inch tongue to strip leaves off thorny branches from the tops and sides of trees to consume up to 75 pounds of food a day. That’s a tall order! 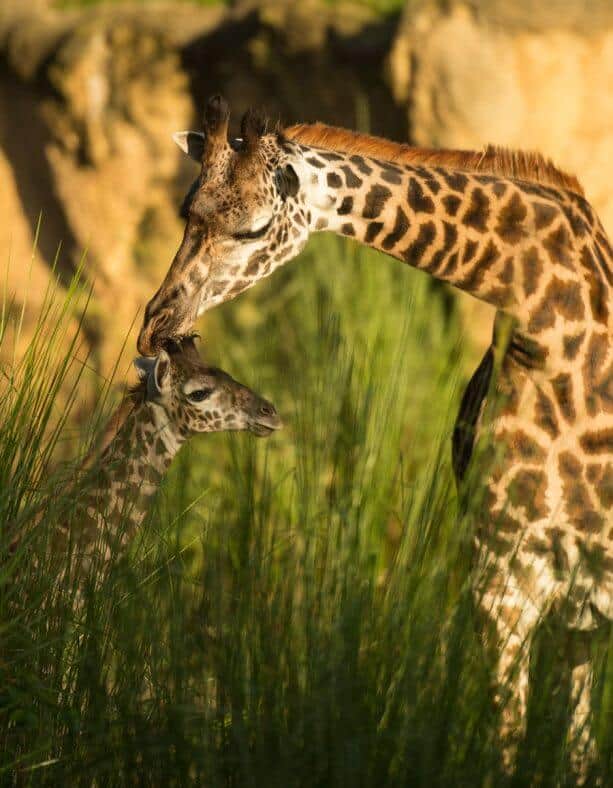 Guests of Disney’s Animal Kingdom can see Aella, her parents, and all sorts of other majestic animals on Kilimanjaro Safaris right now.

The Disney Conservation Fund supports conservation efforts in Africa to protect wildlife habitats, including those of giraffes. To learn more about giraffes and the threats they face in the wild, visit DisneyAnimals.com.