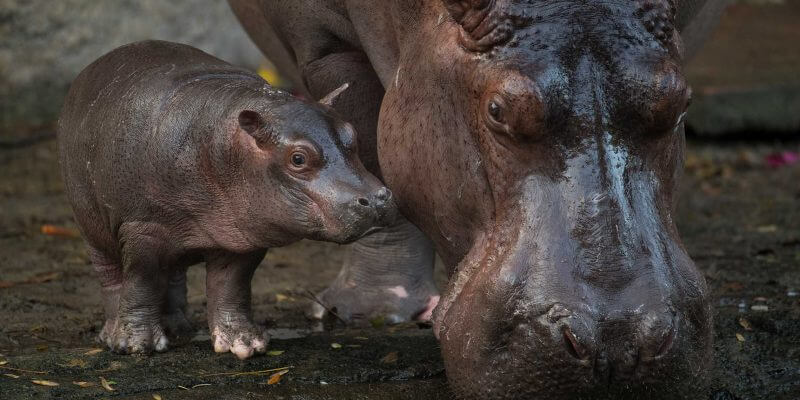 Over a month ago, Walt Disney World‘s Animal Kingdom announced the birth of a new baby Nile hippopotamus, visible along the theme park’s Kilimanjaro Safaris attraction. It was made clear at the time that Animal Kingdom’s animal care team would allow the mother Tuma and her calf time by themselves to bond, so it would be a while before the park would not know the new baby’s gender or weight.

Today Walt Disney World finally announced that it had revealed– during a magical moment with a lucky group of guests aboard Kilimanjaro Safaris– that the baby hippo is indeed a boy, and his name has been chosen as Augustus.


In this afternoon’s announcement, Disney also revealed that Augustus currently weighs 168 pounds and was the first hippopotamus born at Walt Disney World in 13 years.

The birth of Augustus marks another success for the dedicated and highly trained team of animal care experts at Disney’s Animal Kingdom, and it is an important contribution to the worldwide conservation and understanding of these amazing creatures. Nile hippos are a vulnerable species with a declining population. Augustus’ parents, Tuma and Henry, were chosen to breed through the Species Survival Plan (SSP), which is overseen by the Association of Zoos and Aquariums (AZA). The SSP ensures responsible breeding so there will be healthy and diverse animal populations for years to come. Walt Disney World guests can see Augustus staying close to his mom on Kilimanjaro Safaris at Disney’s Animal Kingdom. Be sure to visit the park’s official website for more information.