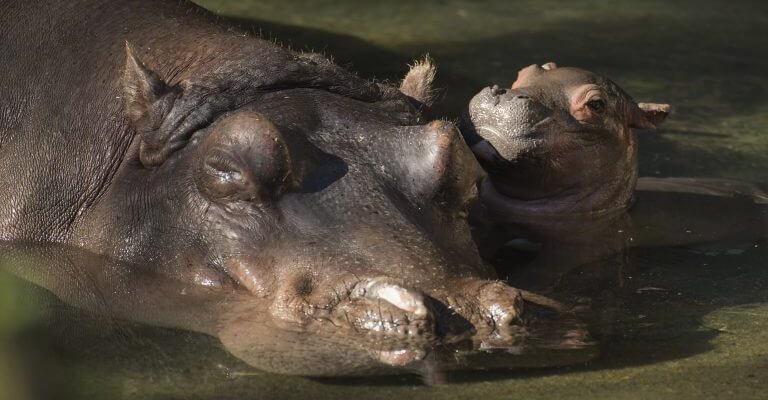 It’s time to celebrate a new birth and welcome another live animal to the population of Walt Disney World, as the first hippo born at Disney’s Animal Kingdom in thirteen years came into the world late Saturday night.

The Nile hippopotamus calf’s mother and father– named Tuma and Henry– were chosen to breed through the SSP (or Special Survival Plan) overseen by the Association of Zoos and Aquariums. Animal Kingdom’s animal care team is allowing Tuma and her calf time by themselves to bond, so the park may not know the new baby’s gender or weight for some time. Newborn hippos generally weigh between 60 and 100 pounds. According to Disney’s official news release, “This birth is an important contribution to the worldwide conservation and understanding of these amazing creatures. We hope guests will see this adorable hippo calf and be inspired to take action to protect them in the wild.”

Comments Off on Baby hippo born at Walt Disney World’s Animal Kingdom, first in over a decade