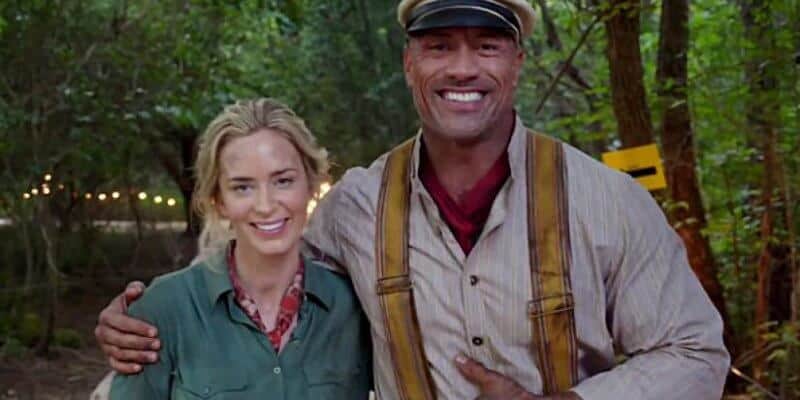 Yesterday, Disney dropped the first trailer for their big summer movie of next year, Jungle Cruise. The trailer went down a storm with fans with great references to the beloved Disney Parks attraction and with actors including Dwayne Johnson, Emily Blunt and Jack Whitehall. Disney really is pushing this to be their next big summer blockbuster.

If you missed out on the trailer yesterday, here it is in all its glory:

With the Pirates of the Caribbean franchise dead in the water (pun intended), could it be that Disney is banking on the performance of the Jungle Cruise movie to be the next big live-action film franchise for the company? It certainly looks to be the case.

Unlike the Haunted Mansion movie starring Eddie Murphy (please can we forget about that), Disney looks to be putting a lot of effort into the storytelling and wider universe of the Jungle Cruise and despite us only seeing one trailer, this has all the elements of a big movie franchise if the movie performs well for Disney next July.

Just like Pirates of the Caribbean, Disney is borrowing elements from the beloved attraction in order to feed into the wider creation of the story. It looks as if Dwayne Johnson’s character is running his own version of the Jungle Cruise with fake natives and animatronic animals. We even get the classic backside of water joke from the attraction.

Not only can comparisons between Pirates of the Caribbean be made but this has a great similarity to the Universal Mummy franchise starring Brendan Fraser and Rachel Weisz, a franchise that in itself generated two sequels.

In short, Disney has all the elements here to make a big movie franchise that could very easily develop into a trilogy. They’ve got a great cast, a classic Disney attraction with a lot of love and a great team behind the movie. The movie also looks to have the right mix of adventure, comedy and horror, three elements that blended perfectly in the Pirates of the Caribbean movies.

Of course, this isn’t the first time that Disney has tried to set up the next big franchise and failed since Pirates of the Caribbean. Prince of Persia, Tron: Legacy, John Carter and Oz the Great and Powerful have all tried and failed over the last 10 years.

Still, we’d certainly be up for seeing the Jungle Cruise form into the next Pirates of the Caribbean for Disney provided the movie ends up creating a rich storyline and characters that could be explored further.

Do you think that Disney has the next Pirates of the Caribbean on their hands with Jungle Cruise? Let us know in the comments below!