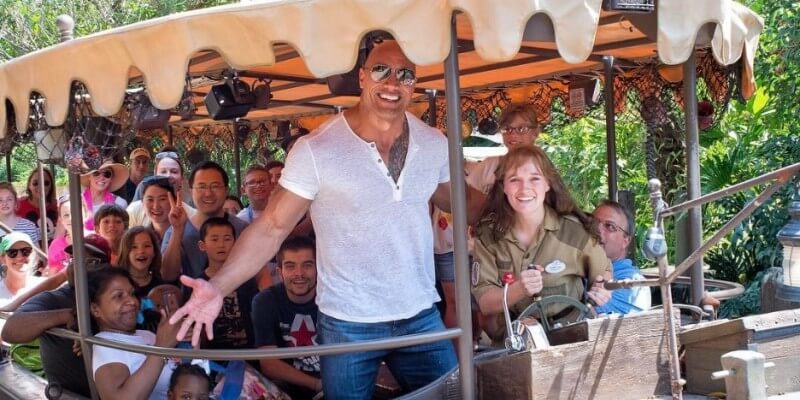 Looks like the “Jungle Cruise” is Niles and Niles behind…

Disney’s newest attraction-based film “Jungle Cruise” won’t be released until July 24, 2020, though it was previously slotted for an October 2019 release. Though the actors wrapped filming this September, Dwayne “The Rock” Johnson, one of the lead actors, tweeted Friday morning that the film will hit theaters nine months after originally planned. Now, eager fans will have to wait even longer before they can see the classic Disney attraction come to life on screen.

IT’S OFFICIAL – JULY 24th, 2020.
Ladies and gentlemen and children of all ages.
My partner in crime, Emily Blunt and I, lovingly invite you to join us for THE ADVENTURE OF A LIFETIME.
All aboard…?@DisneyStudios JUNGLE CRUISE
? ??❤️? pic.twitter.com/DNTnqSb3QD

Disney’s “Jungle Cruise” stars Johnson alongside Emily Blunt, who will also appear as your favorite British nanny Mary Poppins in the December film “Mary Poppins Returns.” In the new film starring Johnson, Blunt, Jack Whitehall, and Paul Giamatti, a boat captain named Frank (Johnson) takes his sister Lily (Blunt) and brother (Whitehall) on a mission to find a tree believed to have healing powers. Along the way, a competing German expedition and wild animals disrupt the group’s plans. Giamatti will play a “crusty harbormaster.”

We can’t wait to see the antics and adventures these characters encounter when the film hits theaters. Blunt and Johnson have shared their enthusiasm for the movie adaptation of the popular ride since they began filming in summer 2018.

Emily Blunt and Dwayne @TheRock Johnson welcome you to the adventure of a lifetime! Disney’s @JungleCruise is now in production. In theaters October 2019. #JungleCruise pic.twitter.com/kKiasbWbT9

We hope that the now-2020 release of “Jungle Cruise” won’t deter the film’s stars from getting us even more excited for the film and sharing more sneak peeks. Take a look at the video of the massive set shared by the movie’s official Twitter account earlier this summer!

“*watch ’til the end and see one of the most awe inspiring & massive sets ever built from scratch.
Walt Disney, this one’s for you buddy! ???" (via @TheRock) pic.twitter.com/bTPXWMrfjr

With the pushed-back release of “Jungle Cruise,” we can only imagine what Disney has in store for film lovers next year. The upcoming releases of “Avengers 4” and “Aladdin” are sure to excite fans during the early half of 2019, and we’re sure that there is much more excitement to come as next year eventually comes to a close.

What do you think of the 2020 release of “Jungle Cruise”? Let us know your thoughts.