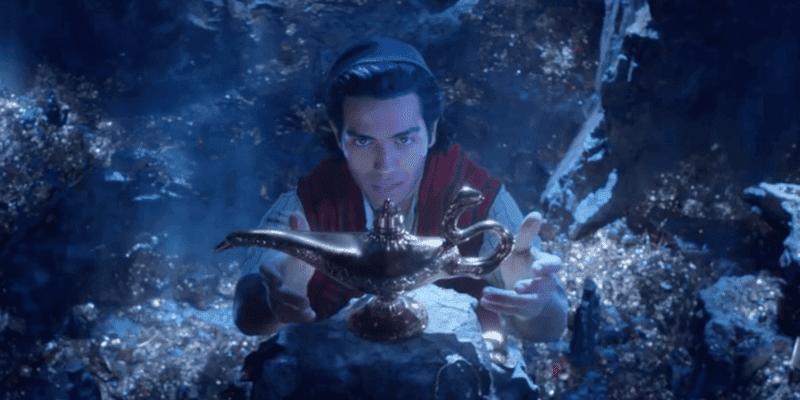 Disney‘s “Aladdin” live-action remake gets its first teaser trailer from Disney, which gives fans a preview of one of the original film’s most iconic scenes, when Aladdin first encounters Genie’s lamp.

First announced last year, the only news released by Disney of the coming project was of its cast members. But beginning yesterday, more elements of the film have started to become revealed, including a poster for the film, released via Will Smith’s personal Instagram account. Today, we have our first look at footage from the film, which depicts a famous scene from the original animated film, when Aladdin enters the Cave of Wonders.

For those who may not remember this scene from the original film, the Cave of Wonders is a forbidden place full of endless riches and magical objects, including the lamp containing Genie. Unfortunately, this teaser ends just as Aladdin gets the lamp in his hands, prior to him rubbing the magical object and releasing the comical blue Jinn.

The new film will star Mena Massoud as Aladdin, Will Smith as Genie, Naomi Scott as Princess Jasmine, Marwan Kenzari as Jafar, and Navid Negahban as the Sultan. The film adds two new characters not previously seen in the animated version: Dalia (Nasim Pedrad), Princess Jasmine’s loyal handmaiden and confidante, and Prince Anders (Billy Magnussen), one of Jasmine’s suitors.