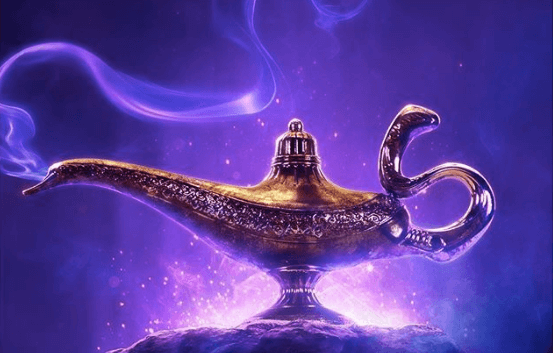 Disney‘s “Aladdin” live-action remake arrives on the big screen next year, and today Will Smith revealed the first poster for the upcoming movie.

Smith voices Genie, the comical blue Jinn who grants three wishes to whoever possesses his magical lamp. As fans of the 1992 animated movie know, Aladdin frees Genie from the light and uses his first wish to become Prince Ali Ababwa, a worthy suitor for Princess Jasmine. As Aladdin and Jasmine fall in love, they must also face the evil Jafar, who plans to become Sultan by marrying Jasmine.

Guy Ritchie directs the new film with a screenplay by Ritchie, John August, and Vanessa Taylor. Music is by Alan Menken, who also created a piece for the original animated movie with Howard Ashman and Tim Rice. In addition to classic songs from the first film, the live-action movie features new songs co-written by Menken and Pasek & Paul.