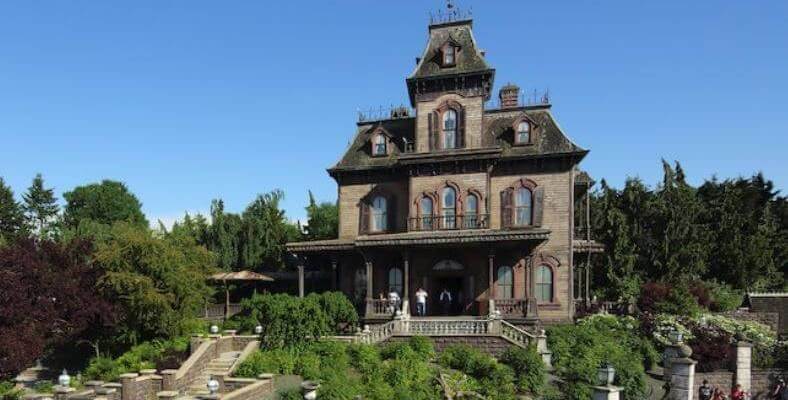 File under blue sky daydreaming, but all 15 of these amazing attractions have built-in storylines perfect for multi-episode experiences.  Either as anthology series with a common theme to bind or ongoing adventures, television is long overdue for new magical excitement as only Disney can deliver.

This concept of creating new entertainment from existing ride favorites is nothing new. Well-loved Disney adventures like the Country Bear Jamboree and Haunted Mansion have enjoyed time in the limelight.  Pirates of the Caribbean still cranks out Bruckheimer’s explosive blockbusters thanks to stars like Johnny Depp and his clever crafting of Captain Jack Sparrow.

Perhaps fueled by this film frenzy, Disney fans found a call to comment about potential television treasures thanks to a brilliant thread found on Facebook page “Kungaloosh.”  Inspired by this concept, and taking it a step further by combining similar ride experiences, a grim grinning gathering of daydreams (or nightmares?) is listed below.

Taking a page from Disneyland Paris and its clever combination of Victorian era Wild West adventure and ghostly fiends found in Phantom Manor, three attractions share Frontierland flavor.  Thunder Mountain Railroad, Phantom Manor and the Thunder Mesa Riverboat all share story elements providing the perfect backdrop for a series of adventures based in this dusty yet delightful setting. 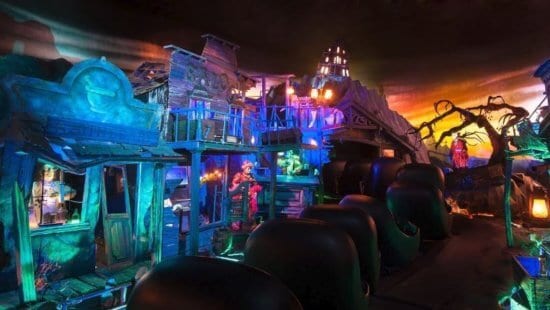 Another European mix of magic materializes in Disneyland Paris’ take on Tomorrowland.  Steampunk styled variations of Space Mountain, Les Mysteres du Nautilus and lend themselves to story-telling, steampunk style.  For additional source material, Walt Disney World, Florida’s long-gone 20,000 Leagues Under the Sea and Tokyo Disneyland’s variation of the “Nautilus” (along with the many other Mysterious Island attractions like Journey to the Center of the Earth and Aquatopia) offer added whimsical adventures. 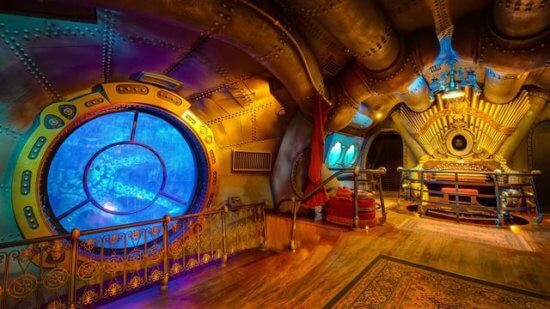 Using the beloved Adventurers Club (formerly found at Disney’s Pleasure Island) as a base for characters and stories, attractions like the Jungle Cruise, Kilimanjaro Safaris, and Expedition Everest and even elements of Journey to Imagination (add Dreamfinder as a new member of the club). Either as anthology style stand-alone stories or as a series-long plot arc, these adventurous attractions combine tall tales of amazing achievements, exotic environments, and colorful personalities.

Twilight Zone Tower of Terror and various versions of the Haunted Mansion can bring boo-worthy binge-watching inspiration. Setting aside the “Twilight Zone” overlay, the rooms, guests and staff supporting the Hollywood escape known as the Hollywood Tower Hotel has anthology style storytelling potential. Equally, the 999 happy haunts residing at the Mansion, spooky stories for each ethereal enigma sets up several seasons of delightfully dark viewing. Combining or alternating between the two sets up Spooktacular small screen fiendish fun. 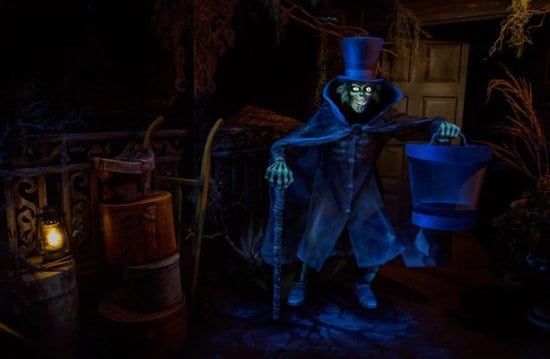 With Disney launching a new subscription style service similar to Netflix, new content from the entertainment giant is on the way (i.e. “Star Wars” series).  Perhaps the various attractions and themes might also become small screen viewing magic.  If we can dream it . . . 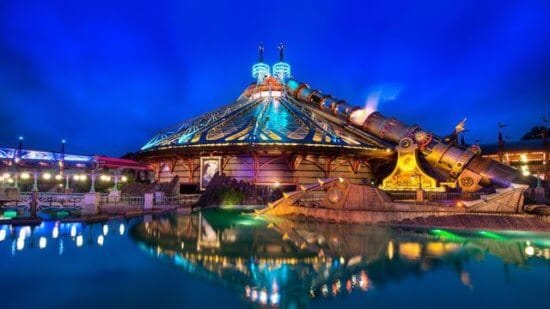 Which Disney attractions or experiences might bring you to binge watch episodes based upon Walt’s wonderful theme parks?  Let us know in the comments.