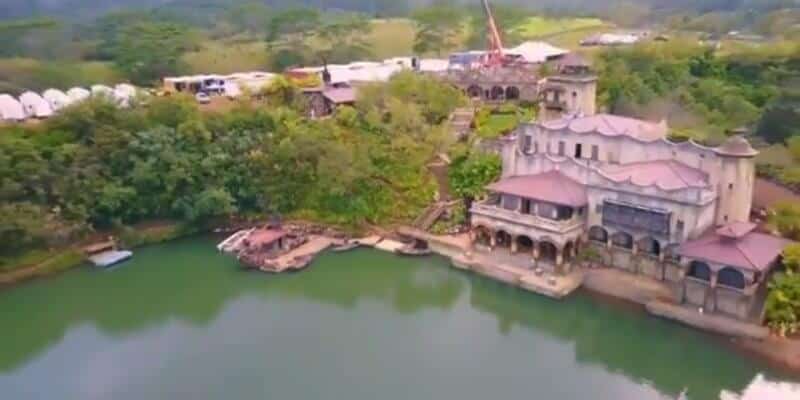 Disney theme park fans know the Jungle Cruise is one of the most iconic attractions ever to come from the minds of Walt Disney and the early Imagineers who brought Disneyland to life in 1955. Now, more than six decades later, “”Jungle Cruise” is set to hit the big screen as a theatrical movie with stars Dwayne “The Rock” Johnson and Emily Blunt.

Today on the official “Jungle Cruise” Twitter feed, Walt Disney Studios released a first drone-shot glimpse of the massive set built for the movie in Hawaii. Dwayne Johnson was on hand to introduce the clip, give a shot-out to Walt Disney and the designers of the original Jungle Cruise boat ride, and to give fans a sneak peek of the adventure in store next year.

“*watch ’til the end and see one of the most awe inspiring & massive sets ever built from scratch.
Walt Disney, this one’s for you buddy! ???" (via @TheRock) pic.twitter.com/bTPXWMrfjr

Disney’s “Jungle Cruise” is currently scheduled to sail into theaters on October 11, 2019.

Comments Off on VIDEO: First look at massive set of Disney’s “Jungle Cruise” movie introduced by Dwayne “The Rock” Johnson