The “wildest ride in the wilderness” has long been a fan favorite for its immersive sets, family-friendly thrills, and intricate details. A refurbishment a few years ago of the queue area at Magic Kingdom added entire new layers of such details, many of which pay tribute to Disney’s own theme park history.

Shortly after the queue begins, look up to find a painting of a mountain range. Look closer, and you’ll see it’s actually the Big Thunder mountain range. More specifically, there are peaks here that recall Big Thunder in Orlando and others that look like the slightly different version in Anaheim. And on the far right side, watch for an arch, meant to capture a similar feature at Big Thunder in Disneyland Paris. 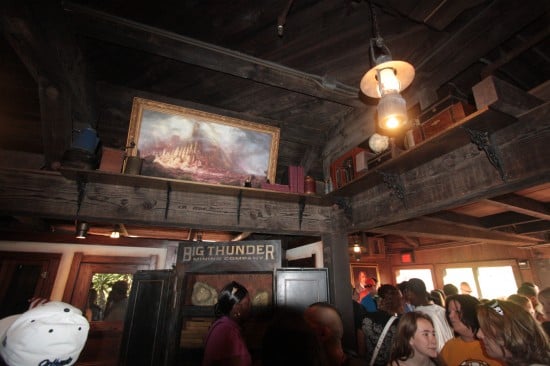 High in the rafters is a portrait of Barnabas T. Bullion, the gold magnate ostensibly behind this mining operation. But look again. This is actually a portrait of Imagineer Tony Baxter, who dreamed up the original idea for Big Thunder back in the 70s. This is actually the second location for the portrait; it was originally down at ground level, but it was defaced rather quickly and had to be redone and moved out of reach. 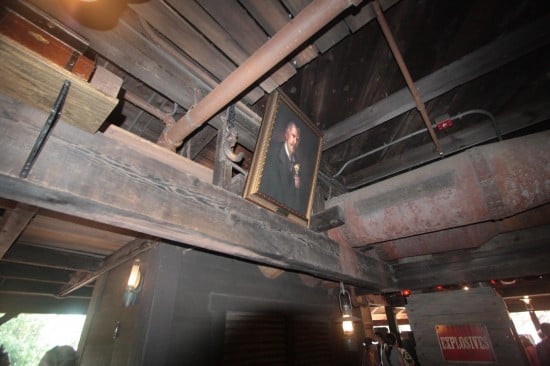 There are some fun and games snuck into the queue too, such as this sign. Most of it is meant to be serious theming, but it’s attributed at the bottom to G. Willikers (say it out loud to get the joke). 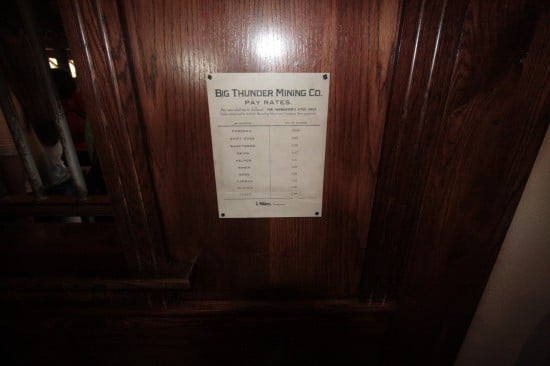 Another Tony Baxter reference can be found on this patent–his name is at the top. Interestingly, the patent number is real and actually for a train brake (amazing what you can find on the Internet these days), though T. Baxter is not associated with the real patent. 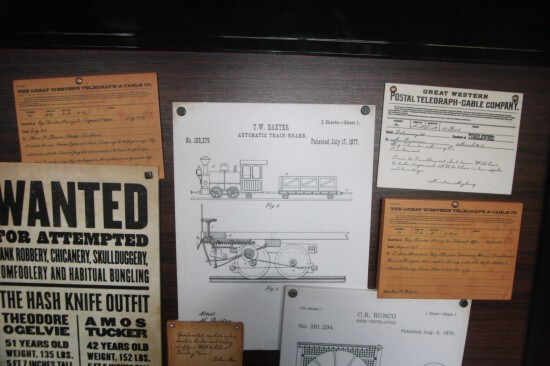 There are a ton of insider references on this “fusing cage,” among them such familiar Imagineer names as Blaine Gibson, Steve Burke, Fred Joerger, and Marc Davis. 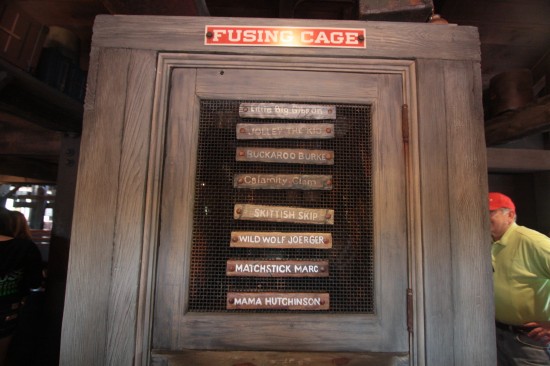 “”Western River Expedition” was actually going to be the equivalent to Pirates of the Caribbean for Magic Kingdom, which opened without a pirate ride since the real Caribbean is so close. But people wanted it, since they’d seen it at Disneyland, and a pirate ride was eventually built. The Western River ride was a similar boat ride past animatronic scenes, at least in the planning stages. 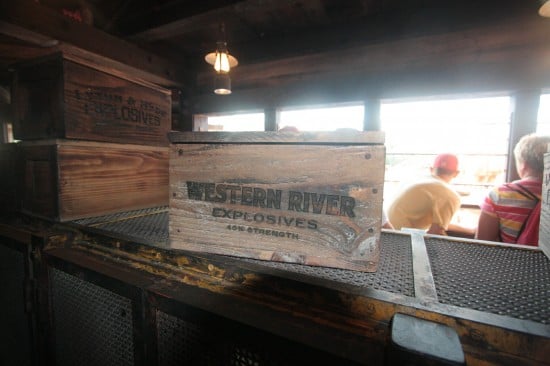 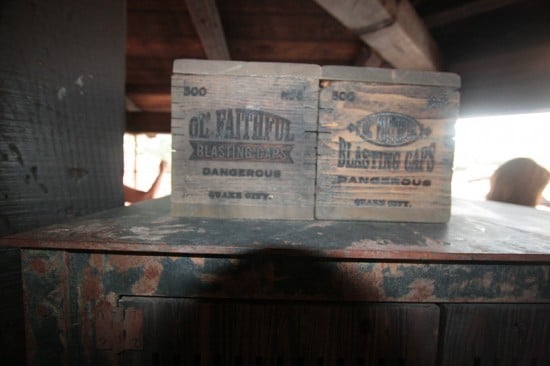 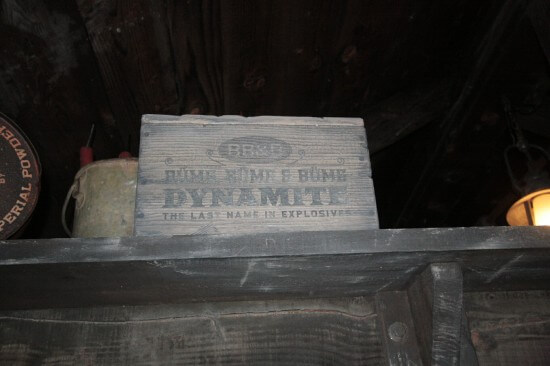 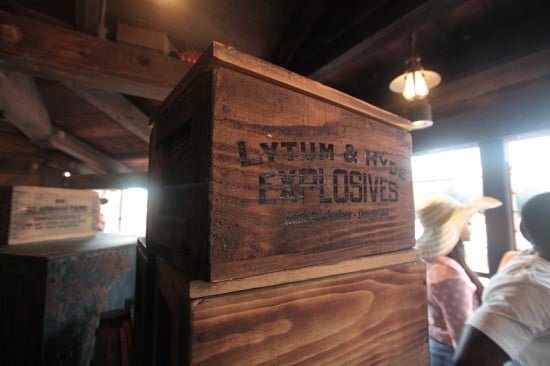 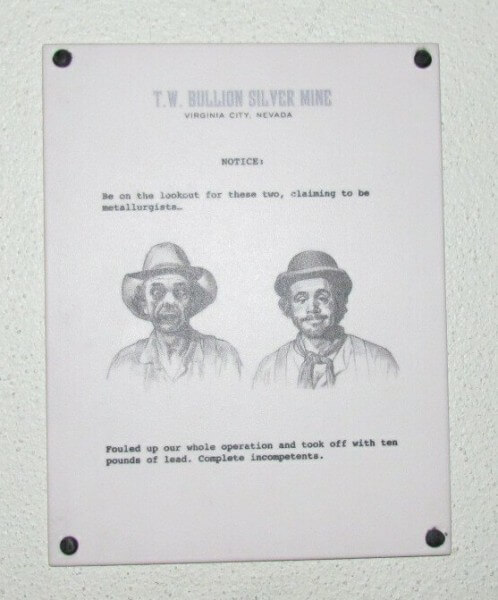 On one map of the Big Thunder tunnels, you’ll find mention of Rainbow Caverns. There’s something like that in Orlando’s attraction on the lift hill, as there is at Disneyland’s too. At Disneyland, the term Rainbow Caverns had a specific meaning, as it was the finale of that former ride in Big Thunder’s location, Mine Train Through Nature’s Wonderland (it’s no coincidence that slow-moving train ride was originally named Rainbow Caverns Mine Train!) 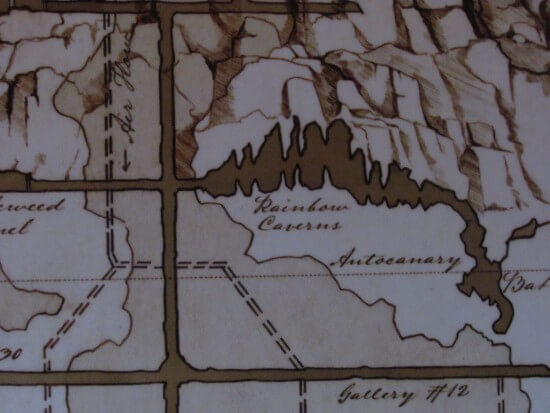 At last, the macaws at the Tiki Room can rest easy. We finally know what happened to Rosita. She became a mine bird to warn miners of danger! 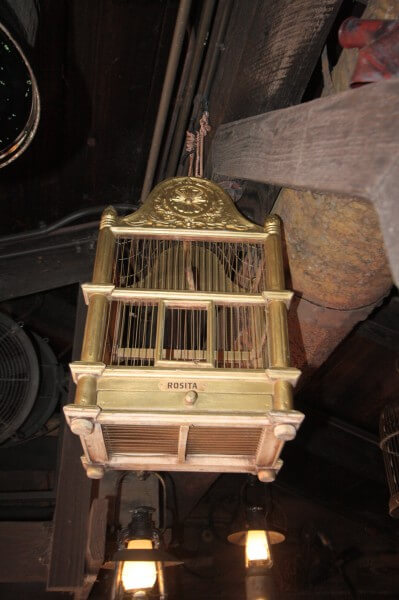 Another mention of the Apple Dumpling Gang on this sign: 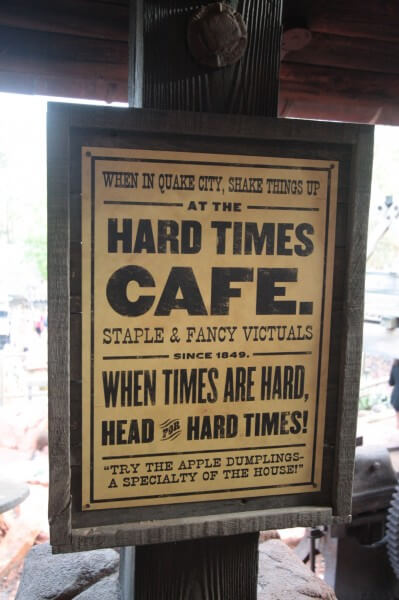 The Mile Long Bar was a counter-service restaurant with mirrors on both ends (giving the impression of lasting a mile long) next to Pecos Bill, roughly where the exit hallway to Country Bears is now. 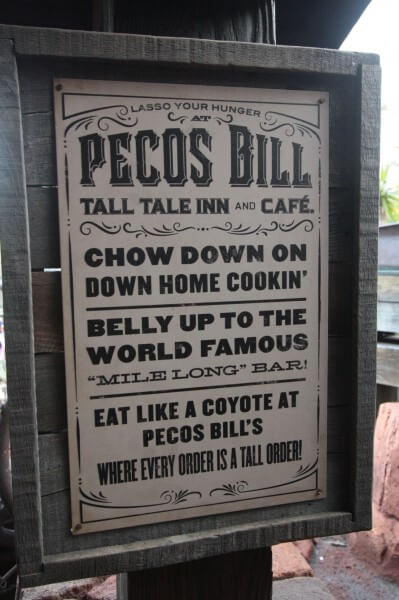 And finally, this crate on a dock facing Tom Sawyer Island (technically visible only when on the steamboat) is one of the strangest insider jokes of all time. Hiram Abiff is the (fictional) person at the center of a story associated with Freemasonry, as are those tool symbols on the side of the crate. I haven’t yet figured out why the secretive Freemasons are honored at the Magic Kingdom, but one assumes some Imagineer at one point had a connection. 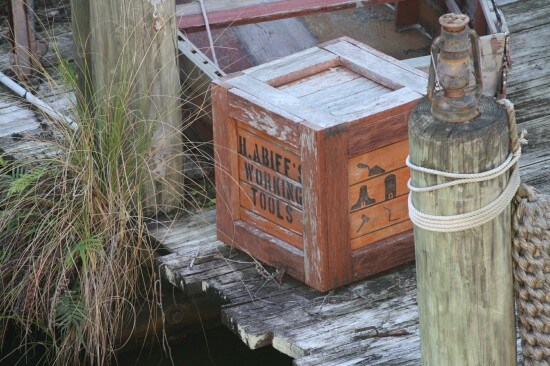