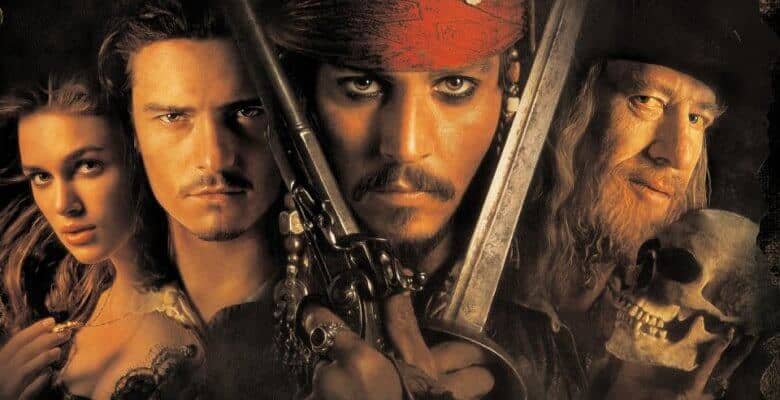 Yo ho, yo ho, a pirate’s life for…Craig Mazin? That’s right — the Chernobyl  creator Craig Mazin, alongside Pirates writer Ted Elliott, will be developing Disney’s Pirates of the Caribbean reboot.

The Hollywood Reporter broke the news on Friday that Disney has officially hired Mazin and Elliot to develop the all-new rebooted version of Pirates of the Caribbean. The new movie is meant to breathe new life into the Pirates franchise so many of us know and love.

Mazin is known for his work in comedies like Scary Movie and The Hangover films. And this year, he saw success in the Emmy-winning miniseries Chernobyl.

Fans of the original Pirates films may know that Elliot wrote on the first Pirates film, The Curse of the Black Pearl, as well as three of the installments that followed (Dead Man’s Chest, At World’s End, On Stranger Tides) with his partner at the time Terry Rossio.

Given both Mazin’s and Elliot’s experiences, they seem like two creatives who can really bring a lot to the table in creating the new Pirates.

The first series of films followed the rambunctious, downtrodden, and drunken pirate Captain Jack Sparrow and spanned five films over the course of over a decade. And although Sparrow has become nothing less than a pop culture icon — and he has of course made his way into the Pirates of the Caribbean attractions in Disney Parks across the globe — the new film reboot seems to want to tackle the familiar pirates theming in a new way.

We’ve known for quite some time that a Pirates of the Caribbean reboot was underway, but it doesn’t seem like this will be your typical Disney remake that we’ve seen lately. Johnny Depp — known for playing Captain Jack Sparrow — likely won’t be starring in the upcoming reimagined film. And back in fall 2018, Disney had hired Deadpool writers Rheet Reese and Paul Wernick to write a script that would give Pirates “a kick in the pants,” although Wernick left the project in early 2019.

As of this report, it looks like the new Pirates reboot is in early development, and now Elliott and Mazin will be responsible for finding a clear direction and story that fans of the old franchise can fall in love with (and that can garner an all-new love for a theme we know Disney fans truly enjoy). Jerry Bruckheimer will be producing.

At this time, we’re not sure how many films will be in this Pirates reboot. Is there more than one installment planned? Are fans getting introduced to new characters? Will it later lead to alterations to the Pirates of the Caribbean ride, just like how Jack Sparrow was added in conjunction with the first Pirates series? Only time will tell.

What do you think of this Pirates news? Let us know in the comments!