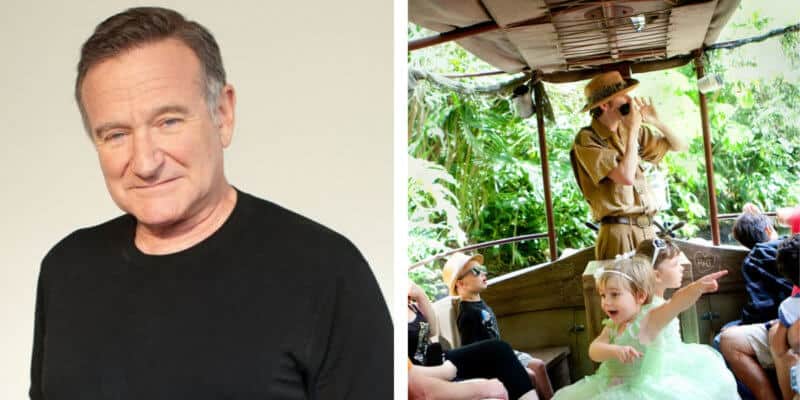 Let’s take a look at some of the celebrities who helped spread the Disney magic at both The Happiest Place and Most Magical Place on Earth and one time or another.

Rumors are that the one and only actor and comedian, Mr. Robin Williams, used to work at Disneyland Resort as a tour guide on the Jungle Cruise! It isn’t surprising as Skippers tend to tell silly jokes, and we all know Robin Williams is a man with several hats, one of them being a comedian and another being a voice impersonator.

Did you know that Steve Martin worked at Disneyland from 1955 to 1958? Martin learned to become a magician by working in the Fantasyland Magic Shop!

Michelle Pfeiffer actually played the role of Alice from Alice in Wonderland in the Main Street Electrical Parade in the mid-70s.

Actor and director, Kevin Costner, also has worked as a Skipper on the Disneyland Jungle Cruise, much like Robin Williams. He also met Cindy Silva while she was portraying the character of Snow White, and he ended up marrying her in 1978!

Actor, comedian, and Let’s Make A Deal host, Wayne Brady, used to “be friends with” Tigger at Walt Disney World in Florida.

Did you know the Growing Pains actress Joanna Kerns portrayed the Blue Fairy from Disney’s Pinocchio during the Main Street Electrical Parade in Magic Kingdom?

Yet, another Jungle Skipper! Before becoming the CEO of Pixar and Disney Animation, John Lasseter was a tour guide on the Jungle Cruise at Magic Kingdom.

Kevin Richardson spent years working at Disneyland until he joined the Backstreet Boys. He used to portray the role of Aladdin during his time at the theme park.

Richard Carpenter of The Carpenters used to work at Disney Parks as a piano player on Main Street U.S.A. at Magic Kingdom!

The High School Musical actress, Alyson Reed, actually got her start by playing Alice from Alice in Wonderland at Disneyland.

Miss America 1993, Leanza Cornett, was actually the first actress to play the Ariel at Disney World in 1991!

There are actually quite a few celebrities who had the opportunity of working for the Disney Parks at one time or another.

Did any of these celebrities surprise you? Let us know in the comments.