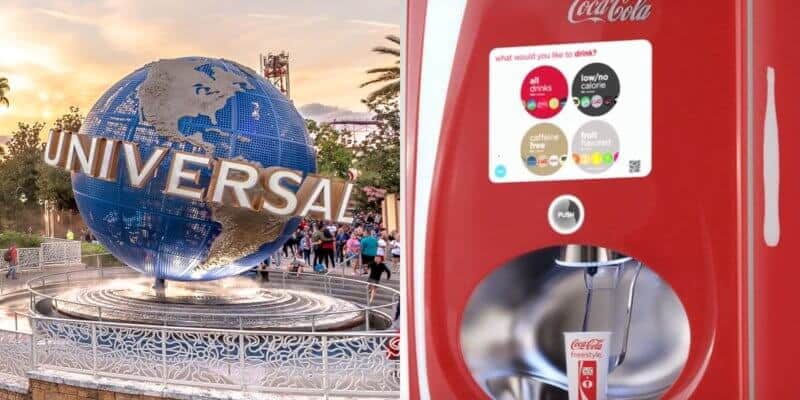 A tourist from New York City has officially filed a class action lawsuit against NBCUniversal after he claims Universal Orlando has been deceptively taking advantage of their guest’s thirst for soda.

As we all know, enjoying a refreshing, large-sized, on the go cup of your favorite soda while walking around the Florida theme parks can be a nice way to keep cool in the warm sun. Although, as most theme park fans know, you’re going to pay a hefty premium if you’re purchasing the pop in the parks.

As a way to give guests who consume large volumes of the sugary drinks a break, Universal Orlando has installed Coca-Cola Freestyle machines, which utilize special chip technologies in refillable cups that allow guests to go back for several refills. However, according to a report by Fox 35, it seems Luis Arnaud believes Universal Orlando is practicing “deceptive” business practice over their offer of unlimited soda refills from the theme parks’ machines.

In the suit filed Thursday, Luis Arnaud claims he was denied “unlimited” soda on a visit to Islands of Adventure and Volcano Bay in July after purchasing a refillable Coca-Cola Freestyle cup for $16.99–a cup which entitled him to “unlimited” refills.

When Arnaud attempted to refill the cup twice within ten minutes, he was denied and told he would have to wait 10 minutes between each refill. In the lawsuit, Arnaud included images of the message he received upon attempting to refill his drink, which read: “Hi. You are not quite ready to fill up.”

According to a report by Bloomberg, Arnaud reactivated the chip in his refillable cup for $8.99 on the second day of his visit to Universal Orlando Resort and experienced the same time-restraint issue as he had the day before.

In Arnaud’s suit, he states that Universal never properly educated him on the strict time restraints put on the refillable cup. Specifically, that they were not displayed on advertisements for the deal.

According to WTSP, Arnaud does not seek specific damages. However, he is “demanding” a jury trial.