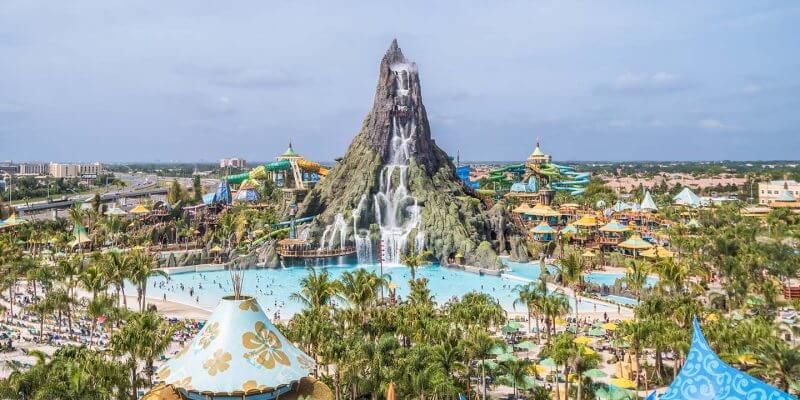 A woman says she was “electrocuted” at a Universal Orlando Park last summer. Now she’s suing for thousands of dollars…but the theme Park says she’s to blame.

Carlino says that she was a “business invitee” to the Volcano Bay Park on June 2, 2019, when she was “electrocuted” by a “malfunction in the defendant’s electrical system,” according to her lawsuit filed on November 19 of last year. Carlino states that Universal was negligent because the Resort knew about the malfunction and failed to maintain safety, adequately train staff, or render aid after the incident. Carlino alleges that her unspecified injuries led to “disability, disfigurement, permanent and significant scarring, mental anguish, and loss of the capacity for the enjoyment of life.”

However, even though Carlino is suing Universal Orlando for over $15,000 and is requesting a jury trial, it’s unclear if her allegations stack up against Universal Orlando’s previously published statements regarding the electrocution incident.

However, OSHA declined to cite Universal after the incident, saying that the Resort was unaware of the electrical problem. Even though five lifeguards were taken to the hospital and several Guests complained that day, no serious injuries were reported. A Universal spokesperson said that the Park had tested its electrical system and made the required repairs and modifications in the days after the incident. They believe that the problem had been resolved and the Park was safe from that time onward.

And according to the local Florida news outlet WESH, Universal is blaming Carlino. Universal responded to the lawsuit saying that Carlino hadn’t used “reasonable care for her own safety” when her alleged injuries. The Park also noted that, unlike what Carlino claims, they had no duty to warn people about any dangers of electrocution since they did not know about the electrical problems. But Universal’s response also did not say how Carlino was supposed to have known she would be shocked.

We will continue to update Inside the Magic as more news is released regarding this lawsuit filed against Universal Orlando. If you ever experience any issues or concerns while at a Universal theme Park, contact a Team Member as soon as possible.