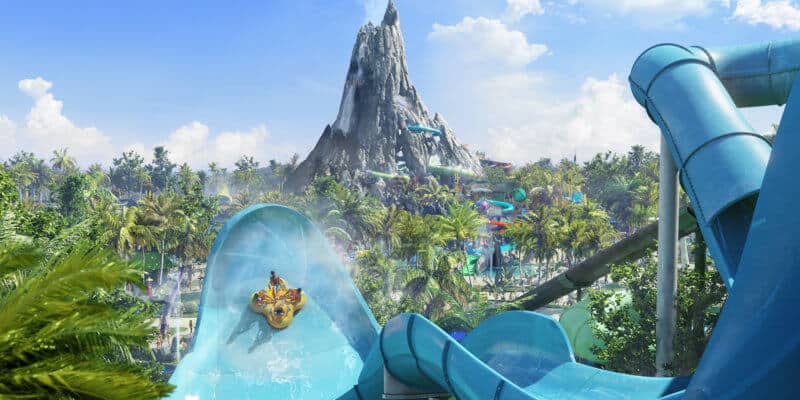 According to a park guest, Universal’s Volcano Bay water park was open only one hour on Sunday before a guest had already reported that something wasn’t right.

According to a Universal report that a guest provided to the Orlando Sentinel, Wendy Lee, 43, said she felt electric currents moving down her legs as she stood in the lazy river Sunday morning. At 9:34 a.m. she complained to Universal workers of a metallic taste and a humming sound in her head.

The theme park opened for business at 9:00 a.m. and this complaint came only a little over a half hour into the park’s hours of operations. Even still, the water park remained open for hours afterward, even as other visitors reported feeling similar shocks of electricity.

One park guest from Boston told the Sentinel that they felt like they were “zapped” when walking on the pavement at around 11:00 a.m.

Four employees were taken to the hospital later that afternoon when the Orlando Fire Department responded at 4:44 p.m.

The theme park’s rides reportedly closed early on Sunday, before the park was shut down, according to some Universal employees.

The incident has initiated an OSHA investigation, confirmed Wednesday by spokesman Michael D’Aquino. The organization received at least one complaint, which sparked the investigation.

Universal spokesman Tom Schroder said in a statement (pictured below), “OSHA came to Universal on Wednesday and the park is working closely with them.”

There have been no reports of serious injuries. However, the issue definitely put a damper on some park goers’ experience.

Lee was at the park to celebrate her daughter’s middle school graduation. She and her family decided to “make a day of it” and purchase Express Passes to avoid waits for rides.

Lee’s family decided to enjoy the Kopiko Wai Winding River, which runs through the volcano in the park. Quickly into her experience did she realize the ride was out of the ordinary, she said.

A lifeguard eventually told Lee she needed to get out of the water since they were closing the ride, she said. Lee got up with her tube and began walking toward the exit when a stranger hollered at her to hurry. Lee says a strange sensation, like bee stings, came over her knees down to her feet.

“It was a tingly, prickly current, I guess you’d say. My first split-second reaction was maybe they added a chemical to the pool,” Lee said.

Lee felt the sensation in her legs and hurried out of the water. After, Lee found her family and wanted to be checked out to make sure she was ok.

“I went to wipe my face off with my hand. My hand was shaking like a leaf,” Lee said.

Lee was attended to by paramedics and a private ambulance company, AMR Orlando, while at the park.

“Our medical staff asked each guest if they wanted to go to the hospital. All said no,” Schroder said in a release by Universal. He said the situation didn’t warrant calling 911.

Lee later got a full refund from Universal and then the family ate a free lunch. At this point, the family decided to head home and cut their day short after the stress from the morning.

“The part of the story that really irked me the most [was] when we were leaving the park, they were steadily letting people in,” Lee said. “No communication … like it was a big secret.”

Mark Voigtsberger, who runs a Port St. Lucie-based company that does electrical testing, spoke with Orlando Sentinel and speculated that Lee experienced “electric shock drowning” with low voltage, which can cause paralysis.

“When you start thinking about a kid in water that’s deep, that could have been more serious to a small child,” said Voigtsberger, who runs Utility Testing and Geographic Information System.