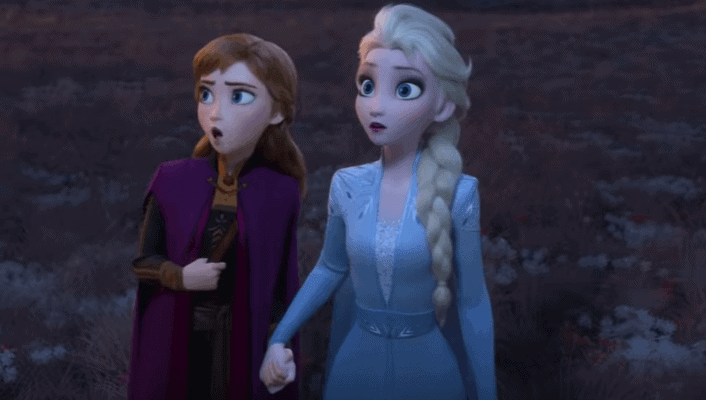 It looks like Frozen 2 has the potential to blow Disney’s other 2019 films out of the water. This morning, it was predicted that the upcoming  Frozen sequel could rake in over $100M at the box office during its opening weekend — and that could be underestimating this movie’s potential.

Directed by Chris Buck and Jennifer Lee, Frozen 2 is the sequel to the original megahit Frozen, which followed the story of Queen Elsa‘s internal battle with controlling her magical ice powers, Princess Anna’s journey to find her sister and bring her home to save Arendelle, and of course the lovable and hilarious friends Olaf, Sven, and Kristoff who help them along the way. Frozen was a new type of story that didn’t follow the Disney Princess model by introducing the power of love between two sisters while still giving us those quotable moments and radio-worthy Disney songs we know and love.

Now with Frozen 2, Disney is taking character development to the next level. The story of this second film in the Frozen franchise follows Elsa as she is called by a mysterious voice to journey “into the unknown.” Of course her sister Anna goes with her, along with Kristoff, Sven, and Olaf, and through an adventure into an enchanted forest and some encounters with new creatures and characters, it looks like this film will give audiences a story they’ll fall even more in love with (and a sequel that might even be better than the first film).

As Deadline points out, no animated film outside of summer has ever opened to $100 million at the box office over three days — not even over the five-day Thanksgiving period. But we can’t underestimate Anna and Elsa fans, can we? Even the first Frozen 2 teaser trailer broke records for the most views for an animated film teaser — it got 116.4 million views worldwide within its first 24 hours. If this isn’t an indication of how excited fans are to see this Disney sequel, we don’t know what is.

Frozen also won two Oscars, one for Best Animated Feature and one for Best Original Song (of course, the iconic “Let It Go” took home that win). And since Disney is already campaigning for Frozen 2 to bring home some Academy Awards — and since the company is promoting the film worldwide with not only trailers but also merchandise and events — we wouldn’t be surprised if this film not only won Oscars but also broke records at the box office.

So what do you think? Will  Frozen 2 beat out other 2019 films during its opening weekend — or at least, will it beat out every Disney film this year besides  Avengers: Endgame? Let us know your thoughts on this movie in the comments!