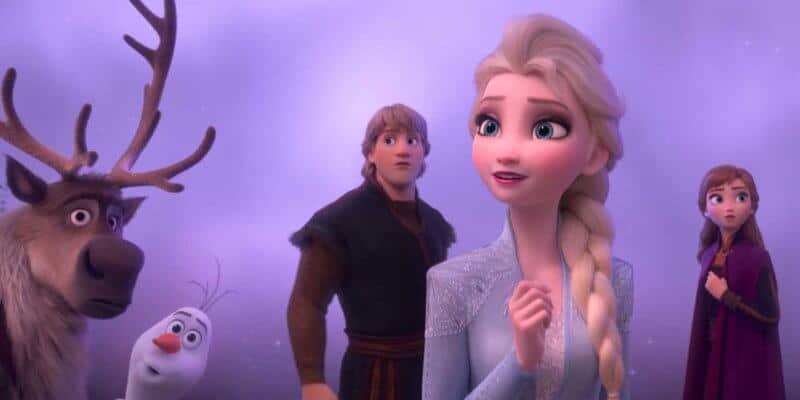 If you’re like us, you probably can’t wait to ‘let go’ of all your burning passions to see “Frozen 2” when it premieres in theaters later this year. And thanks to Disney Parks and Disney Cruise Line, your frozen feelings are about to warm up a bit as both are offering special previews of “Frozen 2” to guests.

Beginning November 3, guests to Disney Cruise Line and select Disney Parks will have the opportunity to see an early glimpse of scenes from “Frozen 2.” According to Disney, the preview will include a special look at never-before-seen moments from the film.

Below is a special message from Kristin Bell and Josh Gad in celebration of the preview.

For guests visiting Disneyland Resort, you can expect to see the teaser preview, “Frozen – Live at the Hyperion” stage spectacular, at the Hyperion Theater in Disney California Adventure Park. Sneak peeks of the film will also be shown in the Studio Theater at Walt Disney Studios park in Disneyland Paris starting Nov. 4 and at the Walt Disney Presents attraction at Disney’s Hollywood Studios starting Nov. 5.

If you’re sailing the seven seas with Disney, you can check out the preview on Disney Cruise Line during the month of November.

For those not familiar with the sequel, take a look at Disney’s official synopsis of the film below:

In Disney’s new adventure, “Frozen 2,” Elsa sets out together with Anna, Kristoff, Olaf and Sven, on a dangerous but remarkable journey to discover why she was born with magical powers. The answer is calling her and threatening her kingdom. Elsa once feared her powers were too much for the world. Now, she must hope they are enough.

Earlier this week, via Instagram, Disney shared some new scenes from the film in a teaser trailer. One including a shot of the movie’s main characters (Anna, Elsa, Kristoff, Sven, and Olaf) in the Enchanted Forest being questioned at weapon-point who they are. In an exciting turn of events, Anna pulls out an ice sword in self-defense. However, Olaf ends up diffusing the situation.

“Frozen 2” is set to release in theatres November 22

Will you be heading to the Disney Parks to see this special preview of scenes from “Frozen 2”? Let us know in the comments below!