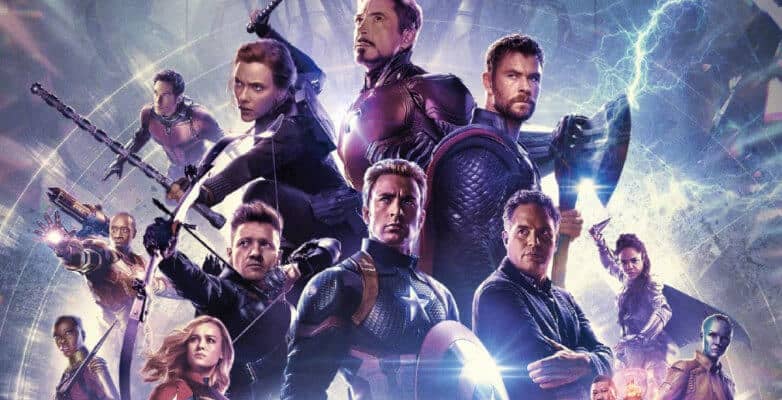 Disney has taken the box office by storm, creating one record-setting film after the next and ultimately breaking records set by the rest of the film industry but primarily The Walt Disney Company.

While recent acquisitions like Fox have certainly strengthened Disney’s presence in theaters, the company has been seeing an upward trend in box office growth for at least the past five years. Despite the US film industry as a whole potentially falling short of 2018’s $11.9 billion sales record, Disney’s sales are far ahead of the other studios.

Through October 2019, Disney has sold approximately $8.1 billion in global ticket sales. The previous record for film sales under The Walt Disney Company umbrella of $7.6 billion was surpassed months ago. These figures imply that Disney is well on its way to breaking a variety of both global and domestic box office records from 2018.

In 2019, a record of $3.09 billion in ticket sales were generated domestically by Disney films. This year’s numbers are currently at $2.7 billion in sales, notwithstanding a handful of sure to be popular titles that have not yet been released like Frozen 2, Star Wars: The Rise of Skywalker,  and Maleficent: Mistress of Evil.

Prior to Disney’s acquisition of Fox, the company held 33.4% of US box office features, which increased to 40% after the company acquired Fox. With such expected hits as Star Wars: The Rise of Skywalker. which has already been leaving quite the impression on fans, surpassing 2018’s totals is the most likely scenario. Comscore has been keeping tabs on the data for which companies have excelled at the box office recently, senior media analyst Paul Dergarabedian has already estimated that by the end of the year Disney will have held about 30% of the total box office sales.

By this point in the year, Disney already holds five out of the top six highest-grossing box office hits. The films, which include Avengers” Endgame, The Lion King, Toy Story 4, Captain Marvel, and Aladdin have all contributed to over $1 billion in global ticket sales. The only film included in that top six that was not a product of Disney was Spider-Man: Far From Home, though the film was produced with the help of Marvel Studios (Disney) for Sony. While on its US box office run, Avengers: Endgame raked in $858 million which ultimately accounted for 10% of the total box office revenue gained through September 2019.

Disney’s formula in recent years has been known for producing hit after hit, and it definitely shows in terms of success at the box office. At the same time, some fans are beginning to feel ‘live-action remake fatigue,’ and while Frozen fever is still generally going strong among the Disney community there are likely some fans who would prefer more original films instead. At the same time, Star War: The Rise of Skywalker has been highly anticipated, especially since footage shown at this year’s D23 event raised lots of questions about favorite characters. And going into 2020, Disney has a variety of original films scheduled to hit the box office, and perhaps even keep this streak going into the next decade.

Success at the box office typically means the inclusion of more of these films in attractions in Disney theme parks! If you’re hoping to see some characters from your favorite box office hits at Walt Disney World, be sure to plan your trip with Academy Travel. As Inside the Magic’s preferred authorized Disney vacation planners, we’re sure they’ll be able to book your stay and share advice on where to see elements of some of your favorite Disney films. Click here for a free, no-obligation quote and start experiencing the magic of the movies on your next Disney vacation!

Did you see a Disney film at the movies so far this year? Planning on seeing a new one, perhaps Frozen 2 or Star Wars: The Rise of Skywalker? Let us know in the comments!

Comments Off on 30% of 2019 US box office sales will be from Disney films!