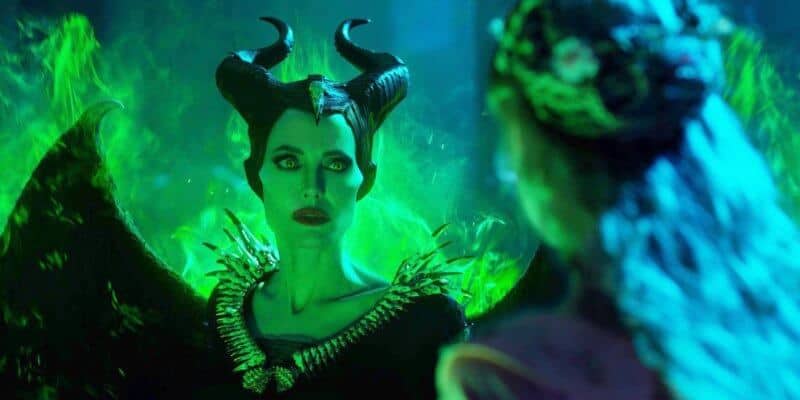 Some fans may be sick of Disney sequels, but the second Maleficent film is one that is definitely worth the watch. With captivating performances, stunning visuals, and an enchanting story, Maleficent: Mistress of Evil dazzles fans even more than the first film did.

Of course, we can’t review Maleficent: Mistress of Evil without first discussing the three most prominent characters in the film: Maleficent, Aurora, and Queen Ingrith.

Angelina Jolie steals the show with her performance as Maleficent, and rightfully so. Just like in the first movie, Jolie delivers a breadth of emotions in the sequel: annoyance, disturbance, anger, mourning, anguish, courage, and, of course, love and happiness. The fact that Jolie is able to communicate Maleficent’s emotions with so much depth is truly moving, and audiences are left knowing that Jolie is without a doubt the perfect fit for the role of this live-action version of a classic Disney character. Plus, Jolie and Elle Fanning (who stars as Aurora) have fantastic chemistry, making their performances that much more convincing.

What this movie does so well is flip the idea of a Disney Villain on its head. We learned from the first Maleficent film that Maleficent could be both the villain and the hero in the same story. And who doesn’t love a great Disney Villain backstory like we got in Maleficent? But what the second film does exceptionally well is it introduces another evil queen into the Disney canon: Queen Ingrith.

Michelle Pfeiffer plays the role of the villainous queen, and while it’s pretty epic to see Maleficent, someone we knew as a Disney Villain, become a hero even more and battle the new villain of Queen Ingrith, there wasn’t much of a twist here. Those who have seen the trailers know that Ingrith and Maleficent already have a rift between them. And while it is intriguing to find out Ingrith’s true motivations, it’s even more satisfying to watch how Maleficent comes out on top (because who would our live-action Maleficent be if she didn’t?).

Another interesting element of this film are the Dark Fey, a society of fairies who are just like Maleficent. It’s fantastic for both the audience and Maleficent herself to learn that she isn’t the only one of her kind. But this aspect of the film would have been much better illustrated if it was fleshed out a bit more. The Dark Fey — and particularly the characters of Conall (played by Chiwetel Ejiofor and Borra (played by Ed Skrein) — were such fantastic characters to see onscreen, and we would have loved if more time was spent getting to know these characters so we could feel a bit more emotionally connected to them by the end of the film.

Naturally, the film was visually stunning, and we couldn’t share our thoughts without mentioning just now exceptional the visuals are. Audiences truly feel transported into this world, and the colors, costume design, and animation are a true testament to what Disney’s team is able to achieve in 2019 and beyond.

Inside the Magic also had the opportunity to watch Maleficent: Mistress of Evil in ScreenX 4DX in Hollywood, which really enhanced the viewing experience. This 4D version of the film added extra sensory effects, such as moving and vibrating seats, scents, fog, and even water, all to enhance the film and truly make each scene come alive. Seeing the film in 4DX completely transformed the movie and brought it to life in a way that would not have been possible without the effects. You can learn more about 4DX with ScreenX and find a theater near you by visiting the official website here.

Overall, Maleficent: Mistress of Evil is a great Disney sequel, but also a great standalone film. Audiences don’t have to have seen the first movie in order to enjoy the second one, but those who have loved the first film will likely enjoy this one just as much.