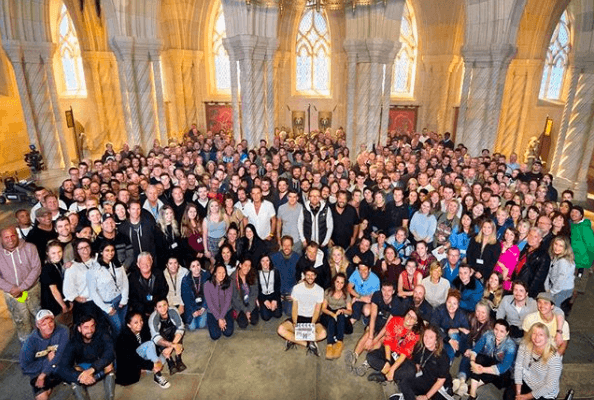 Back in May, production began on the long-awaited sequel to Disney’s 2014 hit “Maleficent.” A few days ago, the film’s director Joachim Rønning took to his Instagram account to let fans know that production has wrapped up.

Rønning’s social media post included a picture of “Maleficent II” crew as well as a message announcing filming is complete.

That’s a wrap on Maleficent 2 – and what a ride it’s been! A big thank you to this amazing UK crew for spending the summer with me at Pinewood Studios – so close to Heathrow, yet so far away 🙂 I hope you all get some well deserved time off before your next adventure ✨✨✨ #maleficent2 @disney

Angelina Jolie and Elle Fanning have reprised their roles from the previous film as Maleficent and Aurora, respectively. Fanning also took to her Instagram on the last day of filming to explain that we will see the Disney Princess once again in 2020.

Putting Aurora to sleep for now, but she'll wake up in 2020 #Maleficent2 #LASTDAY

A fantasy adventure that picks up several years after “Maleficent,” in which audiences learned of the events that hardened the heart of Disney’s most notorious villain and drove her to curse a baby Princess Aurora, “Maleficent II” continues to explore the complex relationship between the horned fairy and the soon-to-be Queen, as they form new alliances and face new adversaries in their struggle to protect the moors and the magical creatures that reside within.

“Maleficent II” is currently slated to premiere in theaters May 29, 2020.

Are you excited for Disney’s “Maleficent II?” Let us know in the comments below!