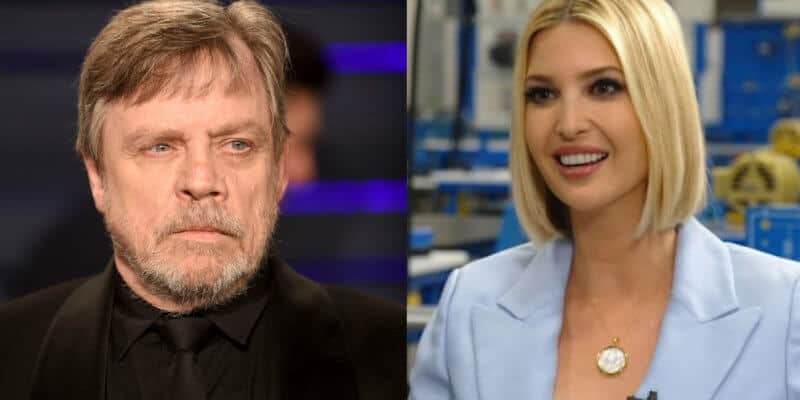 Mark Hamill slammed a tweet by Ivanka Trump referencing “Star Wars” in a play on words by correcting her use of the word “Force” with “Fraud.”

Over the weekend, Ivanka Trump posted an image to Twitter of her and her husband Jared Kushner with their kids–with one of her children dressed in a Stormtrooper outfit. In the caption, Trump wrote “The Force is strong in my family” with a star. In rebuttal to Ivanka’s nod to the iconic “Star Wars” franchise, Hamill replied “You misspelled “Fraud” and also added the hashtag “GoForceYourself.”

The tweet by Hamill created quite the stir on Twitter, with the original Luke Skywalker’s reply to Ivanka’s post receiving over 439,000 likes, over 83,000 retweets and more than 17,000 comments. Since Hamill’s post, Ivanka has not replied.

While the “Star Wars” star may be more frequently active on Twitter at the moment, he will soon be busy pushing his next project: “Star Wars: The Rise of Skywalker.” As it was revealed earlier this year, Hamill will return again to the space-themed series to reprise his role as Luke Skywalker one last time.

When asked about the project at the premiere of “Child’s Play” in June, Hamill told the Associated Press “I sure hope so.” In explanation to his short response, he went on to say: “Well, because…I had closure in the last one. The fact that I’m involved in any capacity is only because of that peculiar aspect of the Star Wars mythology where if you’re a Jedi, you get to come back and make a curtain call as a Force ghost.”

In “Star Wars: The Last Jedi,” we saw Luke at his lowest and his highest, broken and self-exiled but also saving the Resistance and returning hope to the galaxy. Luke’s sacrifice at the end of The Last Jedi confirmed that Hamill would be making at least one last appearance from beyond the grave in Episode IX. However, how far Hamill’s role will go beyond this film is still unknown.

“Star Wars: The Rise of Skywalker” will be flying into theaters on December 19, 2019.

What are your thoughts on Mark Hamill’s reply to Ivanka Trump? Let us know in the comments!