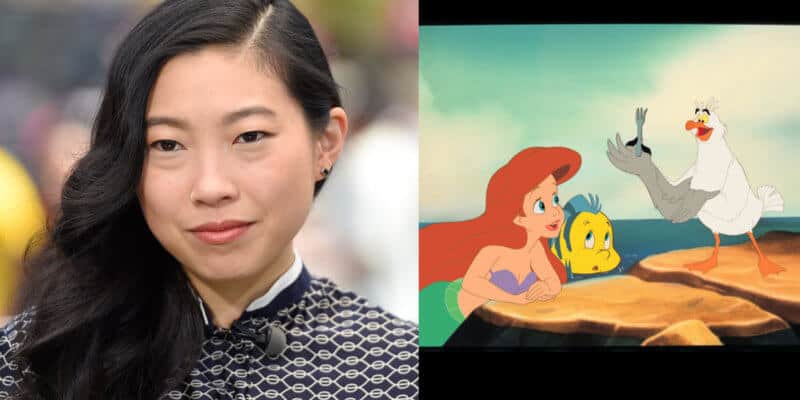 The reimagined live-action version of Disney’s “The Little Mermaid” has already seen the casting of Halle Bailey, Melissa McCarthy (rumored), and Javier Bardem. Now, it seems we can add another A-list celebrity to the list: Awkwafina!

When the new live-action film swims into theaters, the famous comedian/actress will be portraying the role of Scuttle. For those who may have forgotten from the original animated film, Scuttle is a seagull and friend of Ariel who acted as an expert on human objects. Scuttle is most famously known for improperly identifying a fork, which he calls a “dinglehopper.”

Rumors had been surfacing earlier this year whether Awkwafina would have a spot in the highly-anticipated film. In late August, when asked the star said if the rumors were true she would be, “more than honored.”

Casting for the film has been making major headlines over the past few months, many including the controversial (to some) casting of Halle Bailey as Ariel, which sparked the #NotMyAriel debate on Twitter. Others included whether or not the role of Ursula should go to actress Melissa McCarthy or rapper/musician Lizzo. Lizzo went to bat for the role on social media. But, from more recent reports it seems the role will more than likely be going to McCarthy.

Harry Styles also made headlines in the casting of the film. Specifically, the news he was up for the highly coveted role of Prince Eric.  Ultimately Harry Styles decided to turn down the role so that he could focus on his music career instead.

Harry’s rep reportedly revealed the news to Rolling Stone that he had been offered the role of the famous prince but he respectfully declined it. At this time, Prince Eric has still not been casted for the upcoming film.

What are your thoughts on Awkwafina joining the live-action production of Disney’s “The Little Mermaid”? Let us know in the comments below!