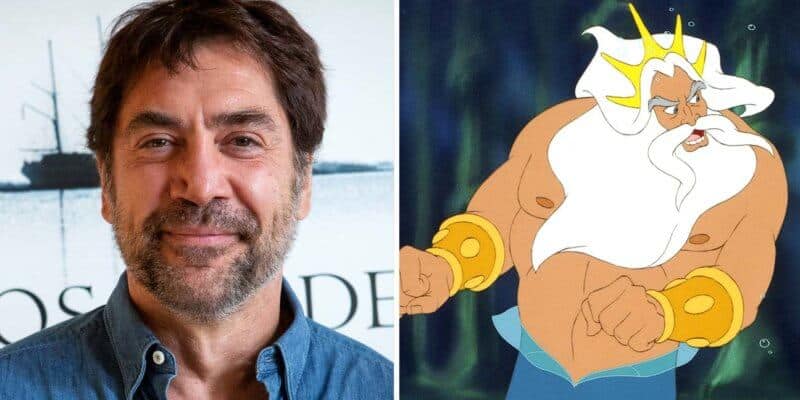 So many celebrities want to be cast in Disney’s new live-action remake of “The Little mermaid,” from Lizzo vying for the role of Ursula to Terri Crews sharing how much he wants to play Ariel’s father. The latest of these stars is Javier Bardem, who may be in talks to play King Triton in Disney’s reimagined mermaid flick.

Bardem, who’s an Oscar winner, is reportedly being considered for the role of King Triton, Ariel’s father and the ruler of the underwater ocean kingdom of Atlantica. In the original 1989 animated version of Disney’s “The Little Mermaid,” King Triton is known for being protective of Ariel, his youngest daughter. His rules against Ariel going to the surface are what ultimately lead her to make a deal with the sea-witch Ursula to trade her voice for legs. Those familiar with the character know that King Triton is a very masculine representation of the overbearing father figure, so Bardem may be a good fit for the part. This also wouldn’t be Bardem’s first time going under the sea, either. The actor previously played the evil, half-dead pirate Captain Salazar in the fifth “Pirates of the Caribbean” film, “Dead Men Tell No Tales.”

If Bardem is cast as the mer-king, he will star in the movie alongside Halle Bailey, who is playing the lead female role of Ariel. Although Bailey is the only confirmed cast member announced officially by Disney so far, there have been several rumors surrounding the stars of the upcoming. This includes talks of Melissa McCarthy playing Ursula, Jacob Tremblay playing Flounder, Awkwafina playing Scuttle, and Harry Styles playing the lead male role of Prince Eric, Ariel’s love interest. Disney hasn’t said who else will star in the film, but from what we can tell the reimagined version of “The Little Mermaid” will have a wildly talented cast no matter who the stars are.

We’re not sure if Bardem, Crews, or another Hollywood star will end up cast in the role of King Triton, but we’re excited to find out.

Who do you think should play King Triton in “The Little Mermaid”? Let us know in the comments!