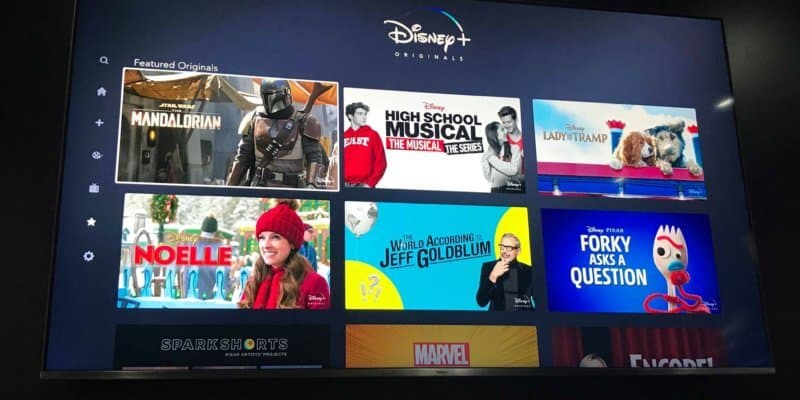 The Disney+ panel at this year’s D23 Expo provided a wealth of insight into the new live-action movies scheduled for release on Disney+. Beginning November 12, Disney fans can expect to find content ranging from documentary series to animated releases exclusively for the new streaming platform, alongside a highly anticipated set of live-action films:

“Diary of a Female President”

“Diary of a Female President” will be narrated by the U.S. president as told from her diary as she grows from a middle school student with big dreams to adulthood where she holds the highest office in the country. Both executive producer, Gina Rodriguez attached as an executive producer and the series writer, and creator Ilana Peña are thrilled to bring a diverse cast and upbeat comedic energy to the show’s 10-episode stint on Disney+.

“Noelle” follows the story of the titular character who happens to be Santa’s daughter as she takes over the “family business”. This full-length comedy features a highly anticipated cast with Anna Kendrick as Noelle starring opposite Bill Hader. Additional stars involved in the film include Billy Eichner, Shirley MacLaine, and Julie Hagerty.

It isn’t Christmas without Santa’s sister. Watch the new trailer for Noelle, streaming November 12 only on #DisneyPlus. pic.twitter.com/TsxYaU1OyC

“Muppets Now” is a new short-form unscripted series exclusive to Disney+. While few details have been released thus far, the series will be reminiscent of the original Muppets series and will feature a different celebrity guest in each episode.

Coming exclusively to #DisneyPlus in 2020, @TheMuppets proudly present MUPPETS NOW, a new short-form unscripted series! I’d love to tell you more, but Joe The Legal Weasel is right behind me. Gulp! pic.twitter.com/UCXdaopQJR

“Togo: The Untold True Story” stars Willem Dafoe in what is sure to be a tale for the ages. The film follows the true story of Leonhard Seppala, a sled driver in the 1925 Nome Serum Run and his sled dog Togo. The story will be full of heart, adventure, and will offer a touching glimpse into an unlikely friendship.

“Lady and the Tramp”

“Lady and the Tramp” will be a remake of the original 1955 animated feature film, and it was confirmed at D23 that this will be heavily inspired by the original. However, it will not be a frame for frame remake. In this version, there will be a greater sense of the dogs having their own adventures. The film features a cast of dogs who are all rescues, and the adoption stories actually continued onset as fans at D23 learned that Yvette Nicole Brown adopted one of Rose’s doubles.

“Timmy Failure Mistakes Were Made”

“Timmy Failure Mistakes Were Made’ is based on the classic illustrated book series of the same title that follows Timmy who operates TOTAL FAILURE INC., the world’s leading detective agency (according to Timmy, of course). The books and the movie will be filled with quirky characters audiences are sure to fall in love with and laughable moments the whole family can enjoy.

“Stargirl” is another Disney+ special inspired by the literary world. Based on the book, “Stargirl” stars Grace VanderWaal (of America’s Got Talent” fame as a high school student who is ostracized by her classmates for all of the wonderful things that make her different in a remarkable coming of age story. “Stargirl is completely herself and I think that’s what the movie is all about,” says VanderWaal in reference to what she believes is special about this film and this point in time in her character’s life.

“Star Wars” also made some waves at the Disney+ panel with new details on The Mandalorian featuring Ming-Na Wen, the first live-action “Star Wars” series. Ewan McGregor was also present during the “Star Wars” portion of the panel to confirm himself that he will be reprising the role of Obi Wan Kenobi in another upcoming series only available on Disney+. The new streaming service will also house every “Star Wars” film (through Episode 9) and “Clone Wars” will return with a February 2020 debut.

Some old favorites will also be returning to Disney+ as series, including “High School Musical: The Musical” and a reboot of Lizzie McGuire- Hilary Duff even made an appearance at this panel at the D23 Expo to share the excitement!

And for the Marvel fans in your life, the $7/month investment into Disney+ is sure to be well worth it with new content featuring “Loki,” “WandaVision,” “What If?,” and more.

Which live-action movies and series are you most excited to see when Disney+ launches in November? Let us know in the comments!