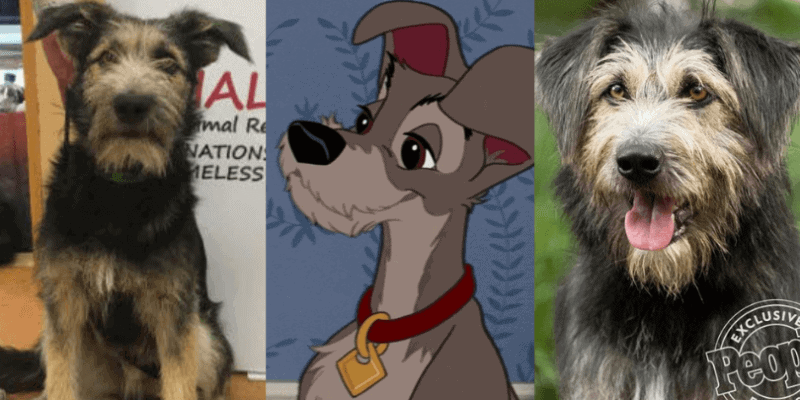 One shelter dog from Arizona is now a big Disney star.

Monte, a two-year-old terrier mix, looks just like the real-life version of Tramp from Disney’s animated classic, “Lady and the Tramp.” Like Tramp, who was a stray dog when Lady met him in the original film, Monte also faced hardships and was living at an Arizona animal shelter since April 2018. That’s probably why Disney looked to the HALO Animal Rescue in Phoenix: so the company could cast an accurate real-live version of Tramp that looks just like (and shared experiences with) the animated character.

If you aren’t familiar with “Lady and the Tramp,” here’s the original animated film’s synopsis:

This Disney animated classic follows a pampered cocker spaniel named Lady whose comfortable life slips away once her owners have a baby. When, after some tense circumstances, Lady finds herself on the loose and out on the street, she is befriended and protected by the tough stray mutt Tramp. A romance begins to blossom between the two dogs, but their many differences, along with more drama at Lady’s household, threaten to keep them apart.

The staff at HALO Animal Rescue notes that Monte is a very friendly, loving dog–he greets people with kisses and loves attention. So when Hollywood talent scouts visited HALO while searching for the perfect pup to play Tramp, it’s no wonder Monte was chosen for the job. Monte was soon adopted by the Hollywood dog trainers and he now lives a normal, happy life (aside from keeping up with his day job of starring in one of Disney’s highly anticipated live-action remakes).

Celebrity dog in our midst! Monte was adopted last year from HALO & originally came from Las Cruces, NM. Monte will be starring as "Tramp" in the new live action Disney movie according to this @People Exclusive https://t.co/d1LgLx9R0H #HALO25yrs #HelpingAnimalsLiveOn pic.twitter.com/u6kaBhgkJM

In the upcoming film, Tramp will be voiced by Justin Theroux, who is a pet parent of his own rescue dog.

If you want to visit Monte’s former shelter home and adopt your own furry friend, head to HALO Animal Rescue in Phoenix and meet all of Monte’s old friends.

Be sure to catch Monte the rescue dog in “Lady and the Tramp” when it debuts on Disney+, Disney’s new streaming service launching November 12.

What do you think of Disney’s decision to cast rescue dogs in the new “Lady and the Tramp” film? Let us know in the comments!