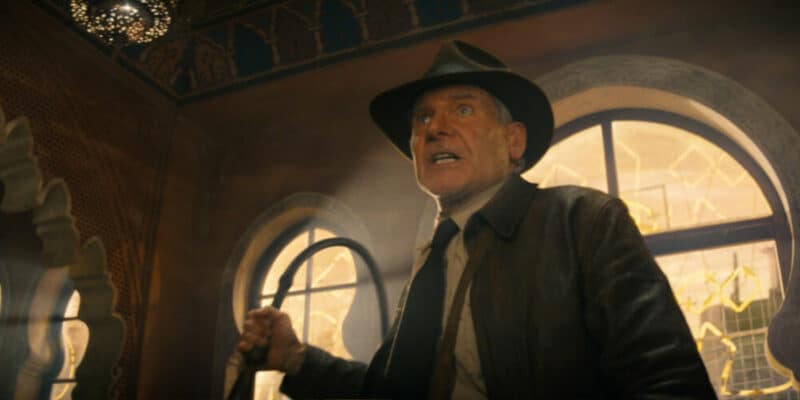 It looks like Steven Spielberg was more involved than fans thought!

One of the most exciting comebacks of 2023 has to be Indiana Jones and the Dial of Destiny (2023). Teased for years, the fifth installment into the Indiana Jones franchise brings back Harrison Ford as Henry Jones/Indiana Jones, the famous adventuring archeologist, for what looks to be one of his greatest adventures yet! How will he fare, however, in his first outing without Steven Spielberg at the helm?

Dial of Destiny will mark the first time that an Indy (Ford) film will be directed by someone other than Spielberg, but recent statements from the eminent director suggest that he wasn’t altogether removed from the process! Indiana Jones, an idea by George Lucas, directed by Spielberg, was a cultural phenomenon, influencing adventure movies to this day!

Now, Indy (Ford) is returning, this time in both 1944 and 1969. The amazing de-aging effects teased in the trailer have already been hyped up by Ford himself, and director James Mangold couldn’t be more excited for his turn at the wheel. Mangold has already seen success as a director with films like Logan (2017) and Ford v Ferrari (2019), among many others. Still, fans were worried without Spielberg, but those worries may be unfounded!

In a recent interview with Deadline about his Oscar nominations, Steven Spielberg revealed that he was more involved than any fan really thought but still let Mangold take the lead. After saying that he was “Peripherally involved” with the production, Spielberg added:

“I advocated the fifth movie in favor of hiring James Mangold…I’m going to let him make most of those decisions.”

This statement referenced not only the new sequel but also the much-speculated Disney+ Indiana Jones series. This news, together with the enormous effort put forth by Mangold, Ford, and others, assuring fans that Dial of Destiny will not be a “passing of the torch” story, should put some of the anxiety they’ve had about the future of the franchise to rest.

The latest film will also complete the original plan that Lucas and Spielberg put in place back in 1979 with Paramount that they would make five Indiana Jones films. Indiana Jones and the Dial of Destiny swings into theaters June 30, 2023, and stars Harrison Ford as Indiana Jones, Phoebe Waller-Bridge as Helena Shaw, Mads Mikkelsen as Jürgen Voller, and John Rhys-Davies as Sallah. This next and presumedly final installment will feature Ford’s last outing as the famous archaeologist as he fights against a familiar foe to get a hold of the artifact before it’s too late!

What do you think about Spielberg’s involvement in Dial of Destiny? Let us know in the comments below!