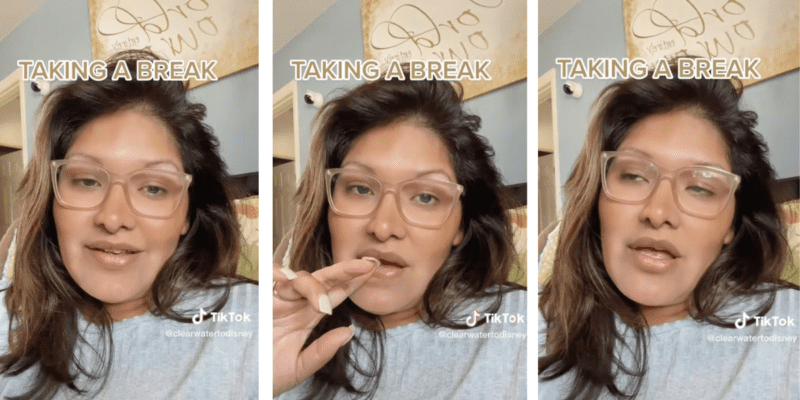 Thousands of Guests are also dissatisfied with the Disney Parks experience. While some are frustrated with increasing prices, Disney Genie+ and Individual Lightning Lanes, and declining food quality, others are frustrated with overworked and underpaid employees of The Walt Disney Company.

Disney TikToker @clearwatertodisney, who boasts more than 200,000 followers, is one of those frustrated Guests. She shared this video about her declining experience at Walt Disney World Resort and said her family is giving up on the Florida Disney Park:

The hurricane crew was an OG crew full of beauty. They’re a rare breed now.

After getting married at Walt Disney World Resort and bringing her three children dozens of times, this Disney influencer is done.” This last trip and the trip before this, they were tough,” she said. “There was a lot of attitude in Cast Members, and that is a new thing for me.”

The Guest admitted she is “spoiled” with how she’s been treated at Walt Disney World Resort since she was ten months old, but “it just doesn’t feel like that anymore.”

“It ain’t cheap. It’s not like it’s a couple of dollars to go,” she said. “So I feel like we could at least live up to what everyone’s used to. COVID’s not an excuse anymore.”

She pointed out that she followed all the safety rules, even putting a mask on her children for the first time to bring them to Disney Parks in 2020. The family happily paid for Disney Genie Plus and Lightning Lanes on each visit.

“You want me to pay per ride? I’ll pay per ride. But the attitudes I cannot take,” she said. “I don’t mind paying. I mind the blatant disrespect of all of us who are Guests by some of these Cast Members.”

The influencer complained that Disney Cast Members ignored her, refused to bend any rules, and enforced stroller parking too strictly: “You know, I’m not asking to break the law. I’m just asking to, like, stand here for a second because it’s raining.”

While the TikToker has one more trip planned, she said it would be “sad” to stop visiting Disney Parks. Thousands of commenters quickly questioned the Guest’s experience, saying it may be her fault for treating Disney Cast Members poorly.

“I’m sure they are just giving you the attitude you give them,” said @justyngotfound.

“Oooo no you can’t walk all over CMs anymore boo hoo let me splay this tiny violin for you🎻” @stayclassy19 wrote.

“You get what you give,” @cupcakey_039 argued. “I’m a local AP holder and go multiple times a month and haven’t encountered rude cms. I say please, thank you, and if someone asks me to move I do so.”

Though the TikToker didn’t respond to these comments, she did clarify that she doesn’t condone yelling at or abusing Disney Cast Members. “I need to ask them why you are all not protected by this. I don’t like ppl screaming period esp at cm,” she wrote.

Do you agree that Disney Cast Members’ attitudes have declined?