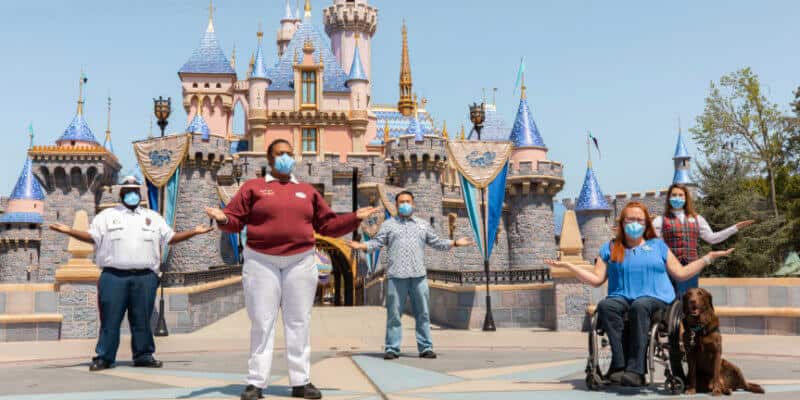 Disneyland Resort Cast Members underwent numerous tumultuous changes during the ongoing COVID-19 pandemic. Over ten thousand Cast Members were laid off in 2020, and when the Disney Parks reopened, Disney struggled to rehire.

Additionally, Disneyland Resort has increased block-out dates for Cast Members to enter the Disney Parks for free on their days off. Though not enacted yet, a proposed attendance policy change would make it incredibly difficult for Disneyland Cast Members to call in sick without consequences.

Some Guests have noticed that Disneyland Cast Members seem to be showing dissatisfaction at work. One Disneyland fan, u/No-Philosopher-2178, asked Cast Members on Reddit if their pay was sufficient, and dozens responded.

One Cast Member had five roommates to survive in Anaheim, California, on Disneyland Resort wages. “I hemorrhaged my savings working at Disneyland,” u/zazerite wrote.

u/stardorsdash described Disneyland as “an abusive boyfriend.” She said that her breaking point was nearly driving her car into the median to avoid going to work the next day. One of her Leaders reportedly refused to give her perfect marks on a review because they felt she would look better if she spent an hour curling her waist-length hair daily.

“In my head this is how I think of it. Disneyland is a wonderful magical place, the Walt Disney corporation is pure evil,” she wrote.

u/kaytbug86 worked at Disneyland Resort in 2004 and said it was so bad back then that they can’t imagine what it’s like now:

I had to live with four other roommates in a 3bd/2bath apartment. Split rent evenly 5 ways just to afford it.

Life was literally paycheck to paycheck. Some days I couldn’t afford the gas to get home after work, so I’d sleep in my car in K-Lot between shifts. Top Ramen was the best meal back then.

Hated it. Do not recommend.

Many Cast Members said they have multiple jobs to make ends meet, including one who “did sex work on the side through gay.com and was an escort to get meals and pay the bills.”

Have you ever worked at a Disney Park? What was it like?