Johnny Depp Destroys Internet, Rallies Against Hollywood - Inside the Magic 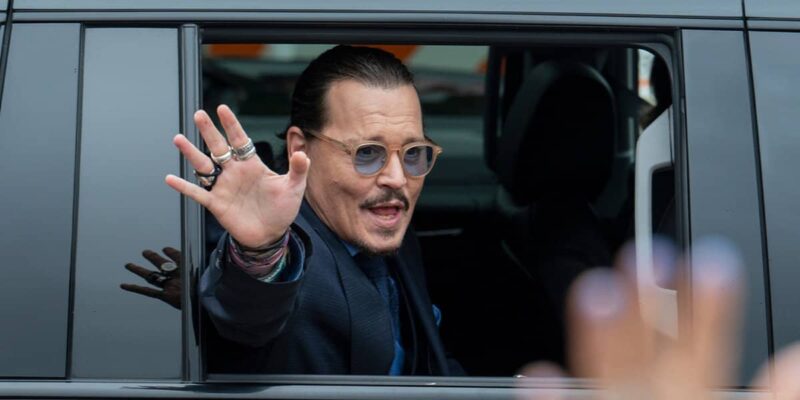 Johnny Depp has been at the center of much discussion over the last year.

The iconic actor, who is best known for his role as Captain Jack Sparrow in the beloved Disney franchise Pirates of the Caribbean, was reportedly blacklisted from Hollywood after allegations from ex wife Amber Heard were raised.

The two underwent a defamation trial last year and the results saw Mr Depp awarded with $10.35 million in damages. Johnny Depp and Amber Heard eventually reached a settlement agreement several months later, and it seems as if the legal battles between the two parties have come to an end.

Despite the legal battles coming to an end, however, Hollywood has continued to be less than open about letting Johnny Depp back into the circle. Depp filmed a movie in Europe, titled Jeanne du Barry, but insiders have reported that major studios in Hollywood– including Disney— aren’t interested in bringing the actor back in.

This has been a huge disappointment for Disney fans who were hoping to see Johnny Depp reprise his role as Captain Jack Sparrow in Pirates of the Caribbean 6.

With this scenario not likely in the cards, many fans and websites have shared comments from Johnny Depp a couple of years ago when the actor claimed he was a victim of “cancel culture.”

“It can be seen as an event in history that lasted for however long it lasted, this cancel culture, this instant rush to judgment based on what essentially amounts to polluted air,” Johnny Depp said in a previous interview. “It’s so far out of hand now that I can promise you that no one is safe. Not one of you. No one out that door. No one is safe. It takes one sentence and there’s no more ground, the carpet has been pulled. It’s not just me that this has happened to, it’s happened to a lot of people. This type of thing has happened to women, men. Sadly at a certain point they begin to think that it’s normal. Or that it’s them. When it’s not.”

As you can read in these comments above, Depp says that there was “an instant rush to judgment” and “it’s so far out of hand now” that “no one is safe.”

Depp saw his role in the Fantastic Beast franchise completely removed by Warner Bros., and the actor was replaced by Mads Mikkelsen.

Though the actor may continue to do work in Europe, it seems that he was right about his “cancel culture” comments, after all. Though he seemingly cleared his name in terms of legal proceedings against Amber Heard, he remains “canceled” by Hollywood.

What do you think of these resurfaced comments from Johnny Depp?