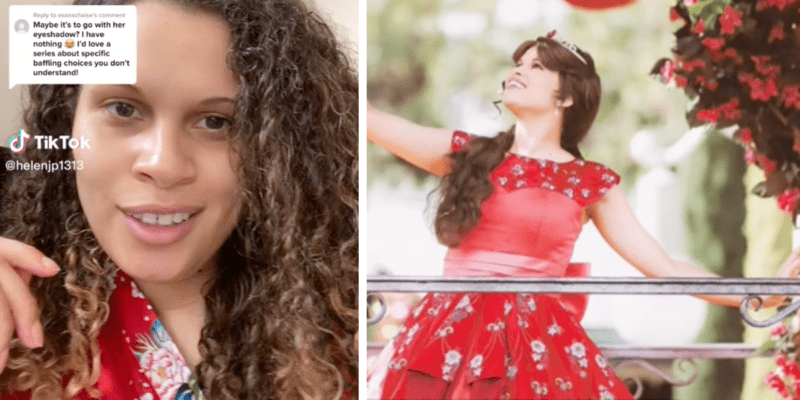 Disney Cast Members make the magic happen at Walt Disney World Resort. Despite the constant stress and bustling environment, Disney Parks employees do their best to give every Guest the most wonderful experience possible.

Many former Disney Cast Members stay immersed in the magic long after they leave The Walt Disney Company, creating TikToks and other social media content about their experiences. One is Helen Jane (@helenjp1313), a former Disney entertainment Cast Member and character performer.

This week, the former Disney Princess began a series on things Disney does with its Theme Park performers that she doesn’t understand. She started with Cinderella, one of the original Disney Princesses.

In the video, Helen explained what she finds wrong with how Cinderella is currently depicted at Walt Disney World Resort, Disneyland Resort, and on merchandise:

♬ A Dream Is a Wish Your Heart Makes – Disney Channel Stars

The former Disney Princess also points out Disney’s hypocrisy regarding costumes. Snow White’s shoes do have bows in her film, but she doesn’t wear them at the Disney Parks!

“I know I’m beating a dead horse here, but why, why, why is Cinderella always getting further and further away from her original color scheme?” Helen continued. “Every time I see her, her hair has turned more yellow, and her dress is a darker blue. Look how dark blue this dress is. It’s not even close. These dolls are wearing like, navy blue. I will also never forgive Disney for this side bang.”

What do you think of Cinderella’s Disney Parks costume?